Marketplace Pulse: Are the Markets Ready for the HRA Rule? 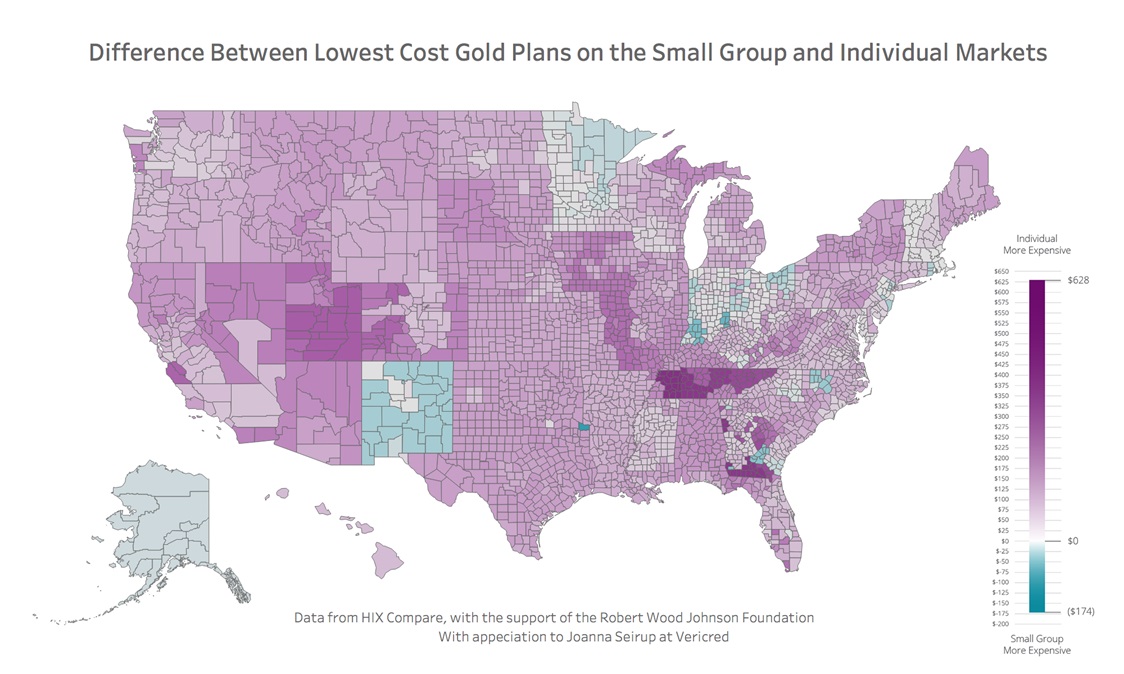 Starting with the 2020 plan year, employers will be able to use Health Reimbursement Arrangements (HRA) to help pay for individual market coverage for their employees. This possibility has generated excitement and some anxiety among market watchers. There is considerable worry about consumer and employee confusion, especially considering the tight timeline for implementation. There are also concerns about the potential for adverse selection, both at the individual and rating area level. On the positive side, some see potential benefits for employers and employees, and a chance for the kind of growth in the individual market that can only come as a result of migration from the much larger group market. Yet, now that this migration is possible, how likely is it? A close look at the markets suggests there are some important differences that may give HRA enthusiasts pause.  In most markets, a migrant from the small group market will be asked to pay quite a bit more for a plan which would likely have a smaller provider network, less access to out of network benefits, a different carrier, and higher cost sharing, especially for prescription drugs. While this focus here is on factors relevant to migration from the small-group market, similar considerations would apply to self-insured employer plans.

Here are 5 points to consider:

3.    Cost-sharing: similar for services, not for drugs
Cost-sharing for health care services is not that different between the small group and individual markets, although differences become larger in gold plans. For example, emergency room visits are subject to the deductible in 70 percent of individual market gold plans versus 52 percent of small group gold plans. Cost-sharing for drugs, however is a different story, as we have previously covered. In the specialty tier, for example, 80 percent of silver plans in the individual market provide no cost sharing before the deductible, compared with approximately half of small group plans. Co-insurance and co-pay amounts differ as well by non-trivial amounts. Enrollees that use specialty drugs will likely notice quite a difference. Overall deductibles are quite similar in the two markets. Median bronze and silver deductibles are a few hundred dollars lower in the small group market, but for gold plans the reverse is true. The median gold deductible is $1,500 in the small group market, versus $1,275 in the individual.

4.    Carrier overlap: many will need to switch carriers

In the great majority of states, individual premiums are quite a bit higher. The differences in silver premiums reflect the silver-loading in the individual market. The most pertinent comparison may be gold plans, which are more common than bronze in the small group market. Gold plans are quite a bit more expensive in the individual market, whether measured by the average rating area difference in the cheapest plan (+38%) or the median plan (+18%). 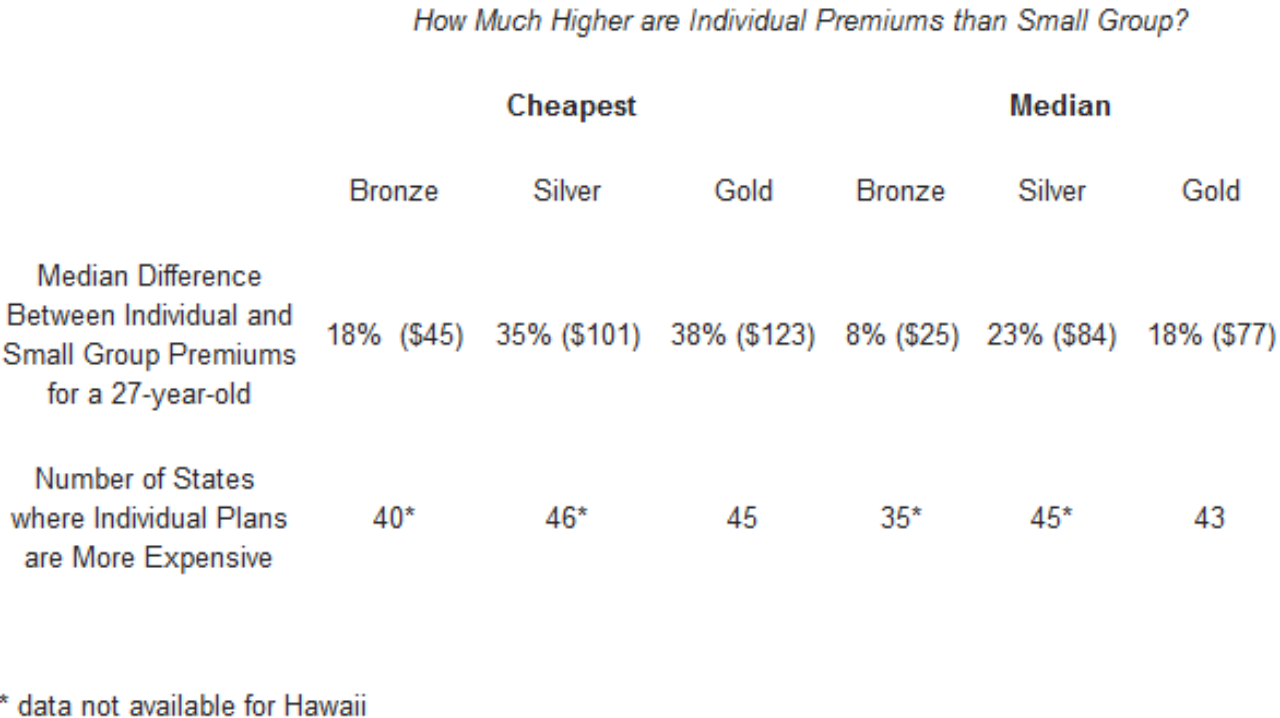 These differences reflect the current characteristics of enrollees in the respective markets.  Since most individual market enrollees are subsidized, many plans are designed for lower income consumers and use closed provider networks because they cost less. The risk level in the individual market is also higher, as reflected in the higher premiums and greater cost sharing. This means that the average small group market migrant will be asked to pay more for less generous coverage, and will likely have to change carriers and provider networks. Interest in the HRA rule should be highest in places where the premium differences are relatively low, and carrier overlap is relatively high, such as New Mexico or parts of New England.

Over time, these differences could lessen if enrollees in the two segments become more similar. Carriers in the individual market may begin offering more gold and platinum plans, or otherwise shape benefits. The narrow networks which are typical in the individual market may prove to be inadequate if enrollment increases significantly.  Efforts in many states to reduce premiums through reinsurance, cheaper state based exchanges, or potentially public options could increase the competitiveness of the individual market, at least in some states. But in the short run, getting small employers to exercise the HRA option could be a tough sell in many parts of the country, where employers and employees may see little upside from a move to the individual market. The share of the population in a county with an MMCO in the marketplace increased from 48 percent in 2015 to 57 percent in 2019. Yet there are opportunities for more growth.