What We Learn from Taking the Public’s Pulse

Findings from a national survey underscore the need to continue educating people about the root causes of inequities and how racism affects health. 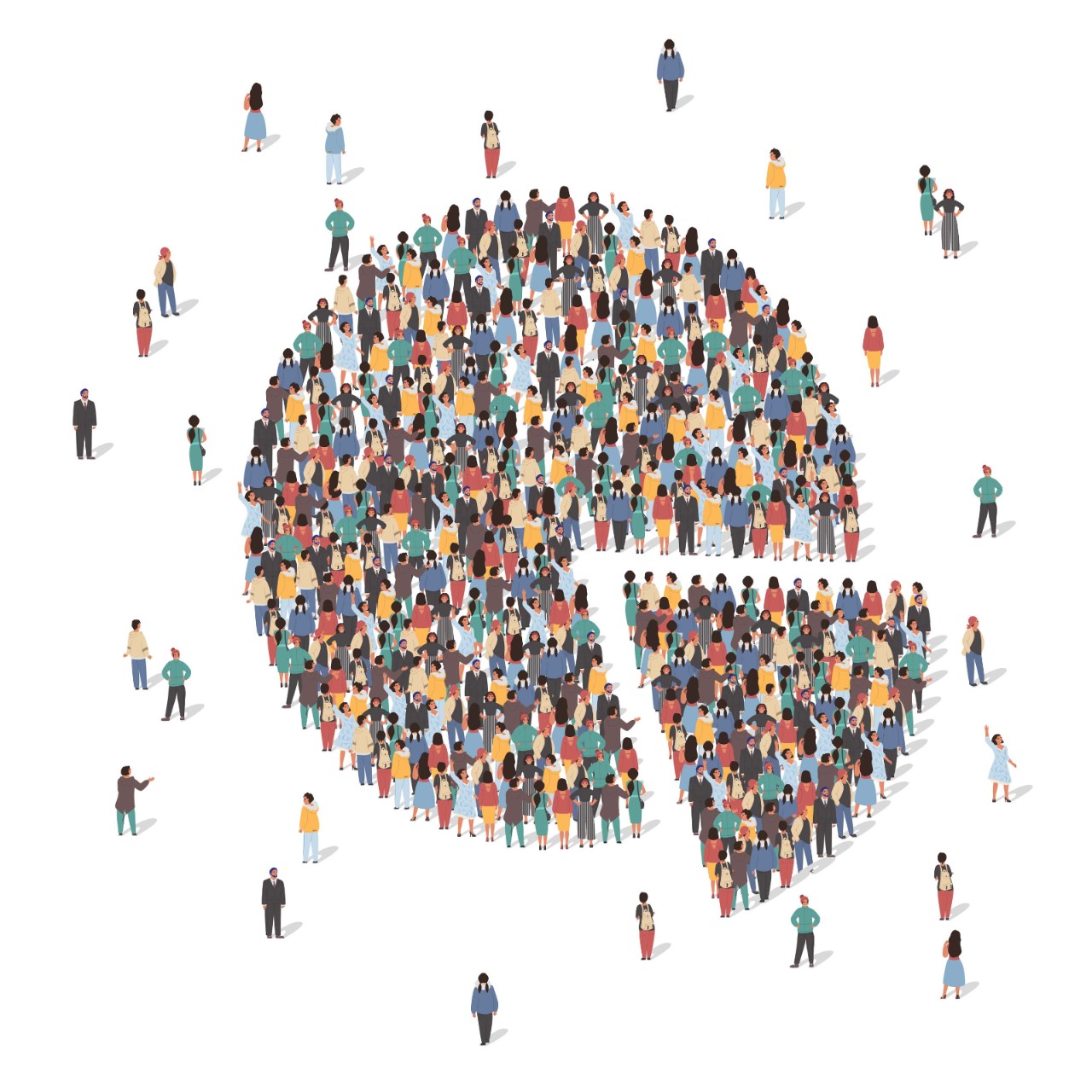 We’ve come to expect a flood of polling around election time, conducted or commissioned by universities, media outlets, partisans, and others. So why would a foundation invest in putting a poll into the field? On what topic? And when? RWJF’s Research, Evaluation, and Learning (REL) team supports various surveys and polls to gain insight into the public’s opinion on a range of topics from health to systemic racism to the effects of COVID-19 on day-to-day life. Findings can help philanthropy, policymakers, and stakeholders better gauge public awareness of a problem and support for a particular policy intervention, reveal shifting attitudes and shed light on whether people think systems change can advance health and equity.

Carolyn Miller, REL Senior Program Officer talks with Anita Chandra, a Vice President at RAND, on what we can learn from one of the Foundation's numerous survey efforts—the months-long RWJF/RAND COVID-19 survey and how it can inform policy solutions designed to address structural racism and improve health and prosperity.

The COVID-19 and the Experiences of Populations at Greater Risk survey measured the views of more than 3,000 people on multiple issues over 15 months, shedding light on public experiences with the pandemic and views on its connection to structural racism in health. What’s the purpose behind multiple surveys of the same respondents over such a time span?

This survey makes it possible to track changes in public attitudes over a tumultuous period. Tracking the same people over time provides a window into how stable certain values and attitudes are and how perspectives can change over time. It also gave us the opportunity to make adjustments and additions to the survey to better understand public views throughout the pandemic on issues ranging from mask mandates to vaccines to personal freedom. Another benefit was that we oversampled those hit hardest by the pandemic, people of color and those with low incomes. We also wanted to understand the views and values of these groups, something that is understudied. That made this survey distinct. 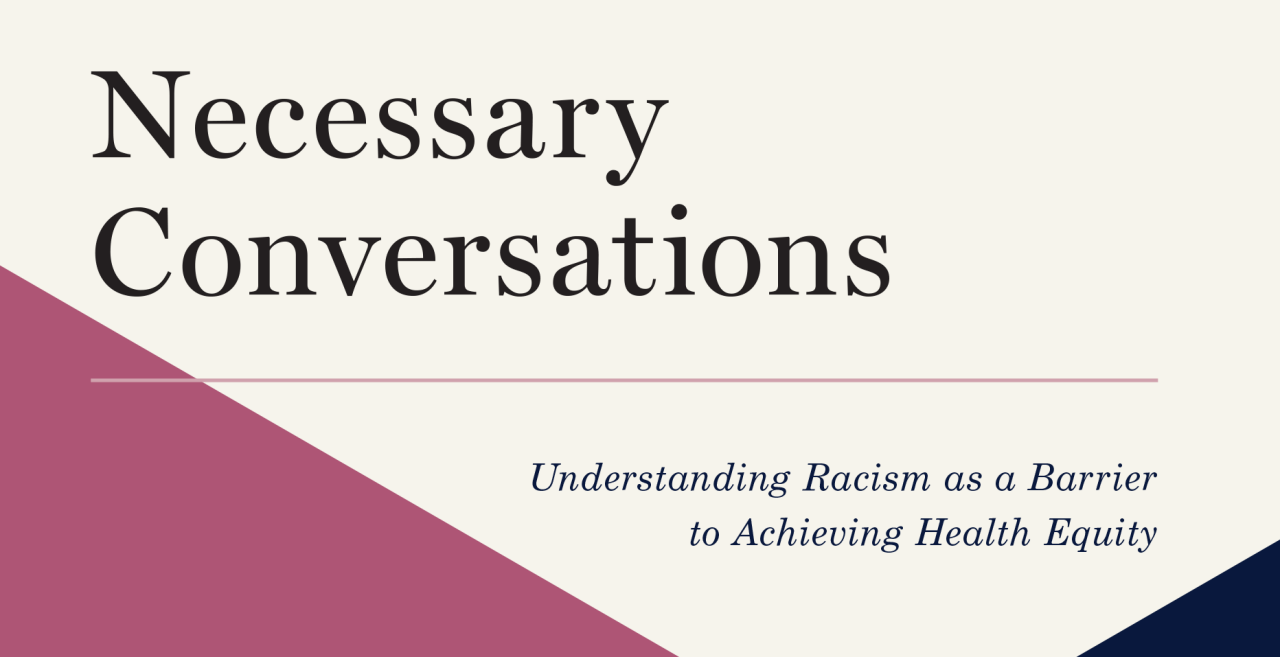 Survey results reveal the importance of dialogue about systemic inequities given how deeply ingrained attitudes about race are.
DOWNLOAD the free book!

As the pandemic took a greater toll on communities of color, and George Floyd’s murder brought calls for racial justice, public concern over systemic inequities increased but then seemed to fade from public discussion. What did the survey reveal about public views on the link between racial inequities and health?

It reflected exactly that. In July 2020, about two-thirds of survey respondents agreed that people of color faced greater harm from COVID-19 than White people and 57.5 percent agreed that they faced greater financial impact. That was significant. But more than a year later, those numbers dropped to 52.7 percent and 50.3 percent, respectively.

What that tells us, I think, is it’s important to continue the dialogue about systemic inequities and health because attitudes about race are deeply held and ingrained. We noted movement only for some, and not a lot of movement for most, on recognition of health inequities. So that tells us we need to recognize that people tend to settle back into their core values and beliefs once an issue has faded from the headlines. Even when there are flash points along the way, like those we saw during the most intense period of the pandemic, people’s views tend to change slowly. The findings underscore the value of tracking that over time, so we recognize and are reminded of the need to continue educating people about the root causes of inequities and how racism affects health.

Our survey showed that more people cite having a low income and/or living in a rural area as barriers to healthcare than being Black or Latino. What do you take from that?

Yes, that’s telling. People are more likely to recognize social and economic inequalities than racial inequities. They’re not wrong about economic and geographic disparities being serious issues, so it’s good that they understand that. What’s missing from that analysis is the overlay of race, and in particular the reality that a disproportionate share of those in low-income households are people of color. And of course, if people don’t recognize the racial aspect, they’re less likely to connect the problem to structural racism.

The survey findings also showed us what policy approaches the public supports now and where more public education might be needed. Can you tell us more about that?

One of the striking findings was that more than two-thirds of the public see the pandemic as a moment for positive change, with one in four people seeing improving access to healthcare as the change they would most like to see. That was by far the most common societal change respondents identified. Also, the survey showed that most of the public fully supports global vaccine equity and sees the importance of accelerating efforts to get the world vaccinated because it bears on Americans’ safety and security. While previous surveys of the public have highlighted a sense of health individualism in the U.S., it was encouraging that there appears to be recognition of the interconnectedness of our world.

This COVID survey showed us that many people don’t believe systemic racism affects health. Given where people are, how do we sustain awareness of the effects of racism on health and actually address the problem, without driving potential supporters away because of the language we use?

Respondents to our survey were evenly split on whether talking about race divides us, though Black respondents and those with highest incomes are much more likely to believe that it’s not the talk that divides us. Sometimes, words like “race” and “racism” can be polarizing for some audiences so we need to unpack what they actually mean and better articulate how structural racism is embedded in our systems to find opportunities for consensus and genuinely civil discourse on the topic. As researchers, we need to figure out through a variety of survey methods how to talk about some of these issues without using terms that put people in their separate corners. Despite polarization, our survey showed that people are eager for positive social change. As noted earlier, ensuring access to healthcare for all is a top priority and something that many respondents see as the duty of government. Addressing this, along with tackling income inequality—another top reported interest—is a start.

We’re often asked about the extent to which these types of surveys lead to action or inform specific policies or practices. How does this one contribute to better health and/or greater health equity?

Survey findings, of course, can contribute to our knowledge about health trends or phenomena. Findings like the ones from our survey are critical to a national push for health equity because they show whether people recognize health inequities and whether they support policies to address them. That kind of information helps community leaders, including public health departments, learn how to shift mindsets and rewrite narratives in order to build support to address structural barriers and improve health outcomes. Without this information and the guidance it provides, it would be hard to achieve durable improvements in health equity.

Learn more about the survey which explores deeply-rooted views on health, equity and race. 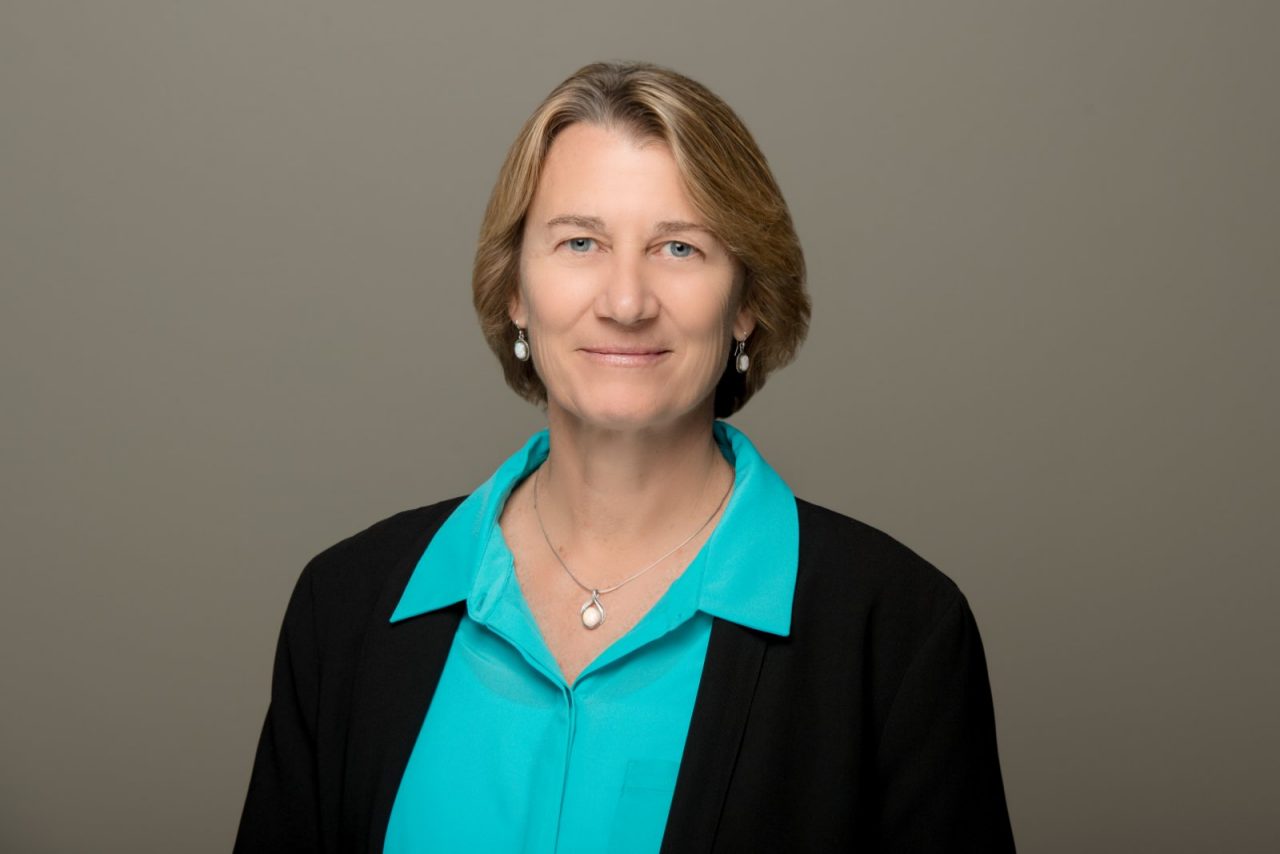 Carolyn Miller, a senior program officer in the Research-Evaluation-Learning unit, brings to the Foundation a long and diverse career in private sector, government, and academic research. She views her work with RWJF as “an incredible opportunity to be part of guiding and supporting the research efforts of the Foundation as it helps to move our nation toward a Culture of Health.”