A publically available database is helping researchers, policymakers, journalists, and others understand how over 200 state policies implemented during the pandemic are impacting health equity. 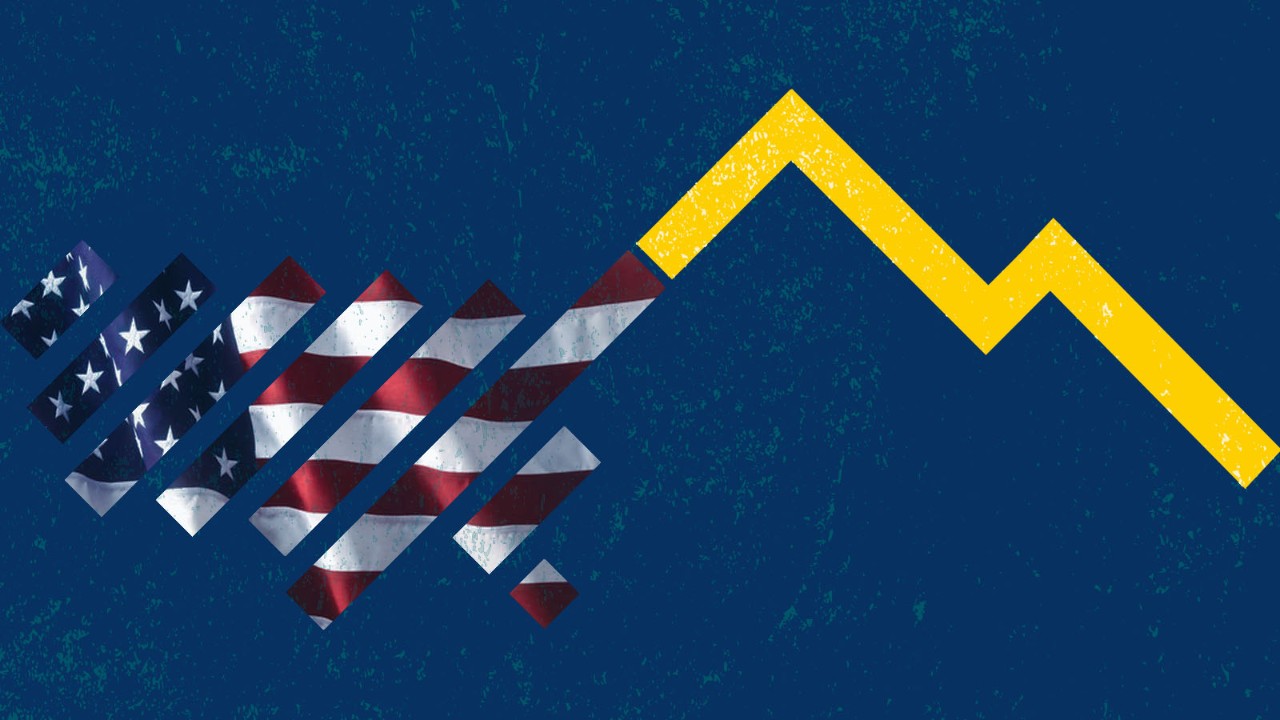 Rapid response is synonymous with moments of crisis. From first responders to communication experts, responding quickly to a crisis is critical for community health and well-being. But what about rapid response research?

COVID-19 has epitomized a complex crisis of infectious disease, food and housing insecurity, and mental distress. People who are Black, Latinx, Native American, and living in low-income households are the most vulnerable to these conditions. It is clear that health and social policies enacted during the pandemic will affect communities for decades to come.

To inform rapid response research and policymaking, my team at Boston University and I developed the COVID-19 U.S. State Policy database—also known as CUSP—in 2020. This resource aims to inform health and social policy decisions that promote health equity and focuses on policies that affect vulnerable and historically excluded populations. Now over a year after its inception, we are assessing what we have learned and where we have yet to go.

States responded to the pandemic with a wide range of polices, from stay-at-home orders and closing businesses, to unemployment insurance and minimum wage changes. Many of these policies were aligned with the Robert Wood Johnson Foundation’s (RWJF) health equity principles for recovery during the pandemic. With support from RWJF's Evidence to Action program, we started the CUSP database.

As we saw the pandemic exacerbate disparities stemming from structural racism and inequitable policies, we wanted to document policies so researchers could evaluate their impacts on populations most affected by COVID-19 and its repercussions.

While Black and Latinx people were more likely than White people to die of COVID-19, in the database we captured some policy decisions that explicitly disadvantaged Black and Latinx people. For instance, the Advisory Committee on Immunization Practices recommended prioritizing essential workers for vaccines, and most states planned to do so. But after a federal government recommendation to prioritize people aged 65 and older, most states shifted to age-based vaccine priorities. While 21 percent of the White population is older than 65, just 12 percent of Black people and 8 percent of Latinx people are over 65. Age prioritization is then, by design, saying Black and Latinx will be less likely to get the vaccine.

Tracking multiple social policies at once also revealed a pattern of exclusion. CUSP captured how state minimum wage policies systematically excluded some people such as tipped workers. These workers are predominantly Black, Latinx and Native American. We saw a similar pattern with unemployment insurance; without federal intervention through congressional action, many people may be excluded from unemployment insurance because they earn too little to qualify or because they are independent contractors. The same pattern of exclusion emerged with paid sick leave; even in states with paid sick leave, the policy typically only applies to full-time workers and excludes contract or gig workers. 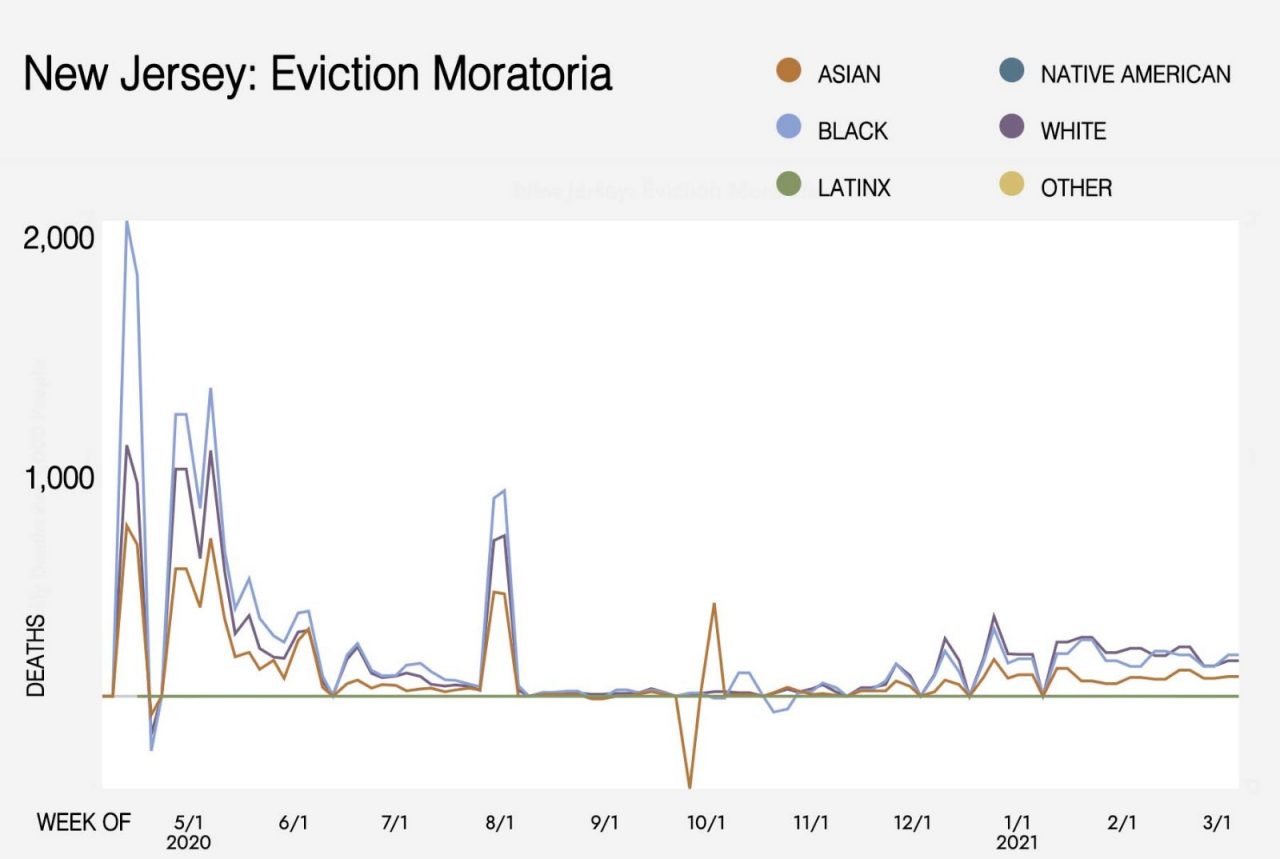 The CUSP database is designed to facilitate research to inform policy action around responses to the pandemic and beyond. By merging CUSP policy data with outcomes data from datasets such as the Household Pulse Survey, SafeGraph mobility data, or the Understanding COVID in America study, researchers can evaluate and inform policies that shape enduring improvements in health. Because of systemic racism, it is especially important to evaluate outcomes disaggregated by race and ethnicity. The policies that can be evaluated go well beyond COVID prevention, to policies that support food and housing security, paid sick leave, and unemployment insurance. We regularly update the database, prioritizing policies most relevant to people’s health and well-being in the present moment.

Over a year into the project, it’s clear that the need for rapid response research is bigger than any one team can undertake and manage. Public health researchers and economists must join in thinking about how best to design policies that simultaneously protect people from COVID-19 and from economic precarity.

Currently, a larger emphasis has turned to focusing on strategies for increasing vaccine equity. Increasing vaccine access takes on greater importance in a context in which many remain unvaccinated and there are no OSHA (Occupational Safety and Health Administration) standards to protect low-income workers with mask mandates or other measures. As we document in CUSP, few states have workplace safety standards either.

Researchers working on CUSP also continue to focus on policies that have historically left people vulnerable in our country, even before the pandemic. For example, 3 percent of households experience food insecurity every year, and Black families in the United States have experienced food insecurity two to three times the rate of White families over the course of the pandemic. CUSP data on state policies such as unemployment insurance amounts and the dates and types of eviction freezes can inform the extent to which these policies reduce the number of households that experience food and housing insecurity.

Where We Must Go

COVID-19 highlighted that our health is inextricably linked to our neighbors, co-workers, health care providers, delivery service workers, teachers, and our communities. More so, it crystalized that our health and economic policies do not adequately or equitably protect our well-being as a nation. There’s an urgent and continued need for more research on which policies have been most effective for supporting people to inform federal and state actions. What we learn from the CUSP database and how we apply that knowledge to federal data sets is critical to supporting a culture of health, dismantling racist policies, and building a future where all can thrive.

I invite you to explore the CUSP database and share with members in your community. Together we can ensure our policymakers center equity in all decisions.

Julia Raifman, ScD, SM is an assistant professor at the Boston University School of Public Health, where she conducts policy research on health disparities and population health.