Incarceration Rates: A Key Measure of Health in America

Mass incarceration is a pervasive problem that undermines health and health equity for individuals, families and communities. That’s why we have included it in the 35 measures RWJF is using to track progress toward becoming a country that values and promotes health everywhere, for everyone. 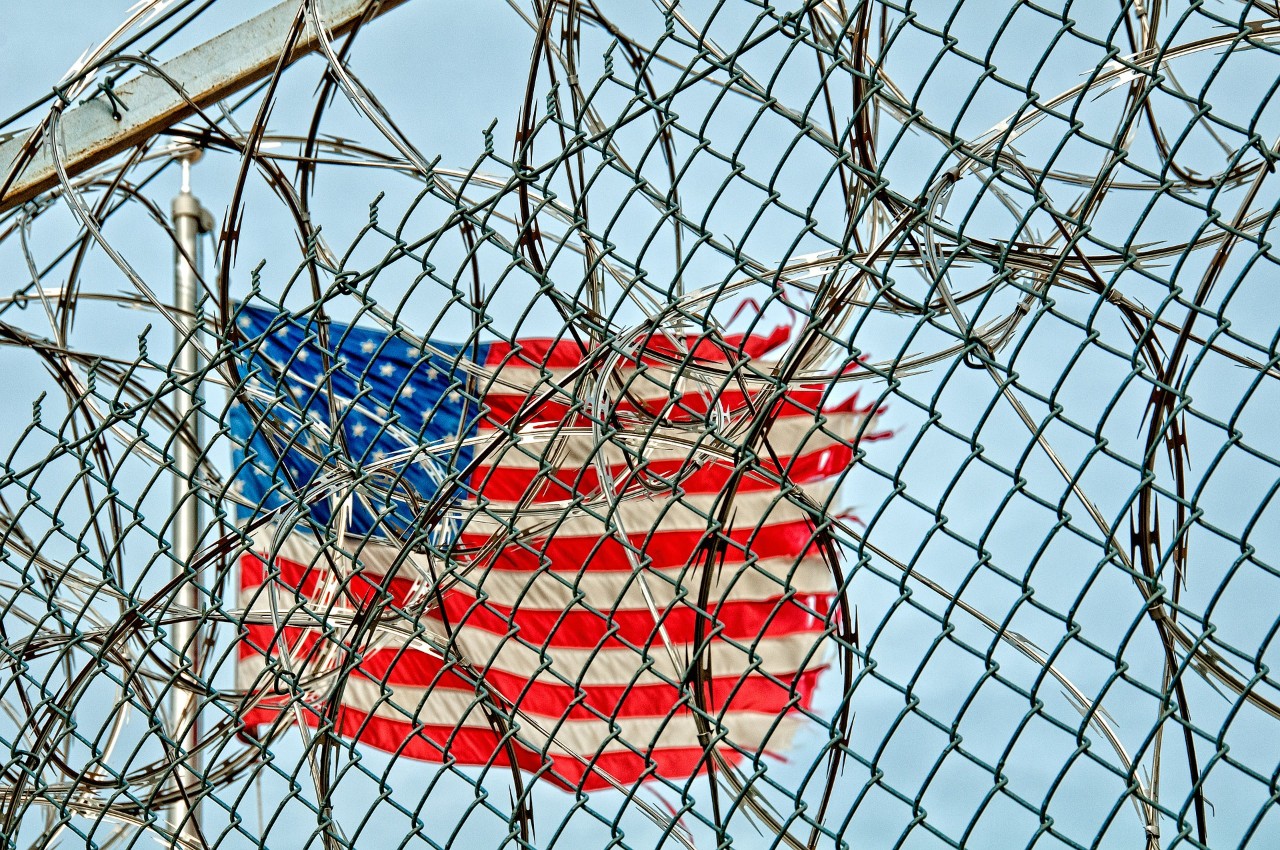 As coronavirus sweeps our nation it has brought deep-seated health inequities, including those linked to incarceration, to the forefront. Overcrowding and poor sanitation are putting prisoners at risk now more than ever. Persistent, widespread reports that guards and prisoners are testing positive for COVID-19 are especially alarming, and a sobering reminder that quarantines are nearly impossible among incarcerated populations. To address this, many jurisdictions are releasing select prisoners.

The Robert Wood Johnson Foundation (RWJF) has long recognized how incarceration adversely affects health and health equity for prisoners as well as families and communities. With some 2.2 million adults and youth in juvenile detention facilities, prisons, and jails, the United States incarcerates many more people—and a higher percentage of our population—than any other nation in the world. There is widespread agreement that incarceration has adverse effects on health and health equity, not just for prisoners themselves but also for families and communities. That’s why, in 2018, RWJF included it among 35 illustrative measures we are using to track our progress toward building a Culture of Health in America—that is, becoming a country that values health everywhere, for everyone.

The measures linked to RWJF’s Action Framework are intended to be viewed together to identify priorities for investment and collaboration, and to understand progress being made toward realizing our vision. We are also considering the impact each individual measure has on efforts to build a Culture of Health. Because mass incarceration is a pervasive problem that undermines health and health equity, tracking it allows us to examine how it compounds the persistent challenges associated with achieving health equity nationwide and affects communities.

There is a growing consensus that incarceration has been misused, grossly overused, and used inconsistently in the United States. Many of the more than 2 million people who are imprisoned are disadvantaged by poverty and/or discrimination, and were already unhealthy. Even before the coronavirus outbreak, it was clear that, while incarcerated, they often experience conditions that further harm their physical and mental health. These include: poor sanitation, overcrowding, inadequate nutrition, violence and sexual abuse, inadequate mental health care, and other exacerbating conditions.

And once prisoners are released and return to their communities, these unmet health needs increase their risk for homelessness, mental health issues, and other health problems. In fact, incarceration has profound and far-reaching effects on health and health equity, not only for prisoners themselves but also for their families and communities.

Those who are incarcerated in our country are among the people with the lowest incomes. In many cases they are behind bars, not because of being found guilty of a crime, but simply because they cannot afford to pay court-imposed fees or make bail. 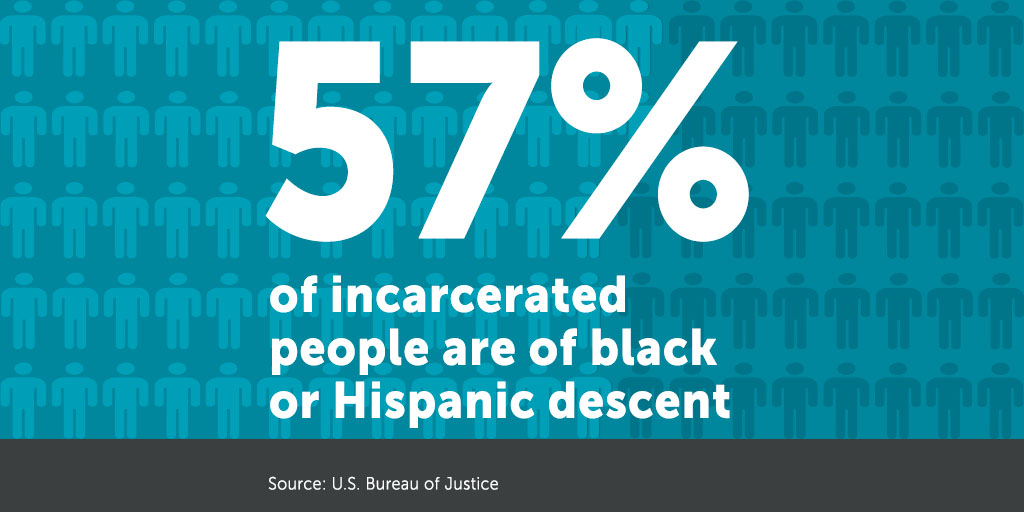 Race-based policies such as “stop and frisk” also have resulted in racial/ethnic minorities being arrested and convicted in disproportionate numbers and sentenced more harshly than others. In fact, many discriminatory, punitive policies that contribute to mass incarceration were enacted and sustained even at times when crime rates were not increasing or were at historic lows. Among sentenced prisoners in 2016, the majority (57%) are black or Hispanic. In comparison, the proportion of black or Hispanic people in the 2016 U.S. population was approximately 30 percent. Given what we know about health among these populations, compounding these challenges with incarceration can cause profound, lasting harm to individual and community health and well-being.

That cumulative stress is not consistently tracked in health data systems or addressed in comprehensive community health plans. Health leaders, including philanthropy, need better data to understand the lifetime impacts of incarceration on prisoners who are released and the communities to which they return—in many cases, communities that are already stressed by poverty and discrimination.

Advocates and national leaders have come together to begin improving incarceration policy. One result is the enactment of the bipartisan First Step Act, which caused the U.S. Department of Justice to announce the release of 3,100 federal prisoners. As this is happening, much of the focus remains on the social and economic consequences of incarceration and recidivism, rather than the health consequences.

But the short- and long-term health impacts that stress health and community systems require attention too, as they will affect our country for years to come. Further, despite recent strides, progress in reducing incarceration is slow. And while decreasing incarceration lessens the health impact on imprisoned individuals, it potentially increases the health impact on communities as more formerly imprisoned individuals return to these places, often with unmet health needs. Considering how to address those health needs is critical for community health planning.

Next steps to reduce incarceration and improve health

The First Step Act does demonstrate that disparate groups can work together to address mass incarceration. How can we build on this momentum, and ensure that the health consequences of incarceration are more directly considered? Health philanthropy can play a role by working to build awareness of incarceration’s impact on the health and well-being of entire communities. In highlighting incarceration as one of the 35 Culture of Health measures, RWJF is contributing to that work.

Philanthropies and others can support data collection that provides greater context and helps those making policy choices understand how incarceration influences health and well-being. The lack of transparency about life in jails and prisons is a significant impediment to understanding incarceration’s impact on health. A recent issue of the American Journal of Public Health, supported by RWJF, sheds light on new research that broadens our understanding of how incarceration negatively influences possibilities of hope, happiness, sense of security, and other critical components of well-being.

Finally, another important step is to address the drivers of mass incarceration. That includes racial disparities in arrests and pre-trial detention, mandatory minimum sentencing laws, incarceration for inability to pay bail and court fees, and similar measures.

Taken together, taking these important steps can advance progress on reducing mass incarceration and, in doing so, help build healthier and more equitable communities.

RWJF will continue tracking incarceration rates, along with other measures that affect our progress in building a Culture of Health in America. We invite you to view a fuller description of our measures and the data underlying them.

Douglas Yeung is a behavioral scientist at the nonprofit, nonpartisan RAND Corporation and on the faculty of the Pardee RAND Graduate School.

Carolyn E. Miller is a senior program officer in the Research-Evaluation-Learning unit of the Robert Wood Johnson Foundation.