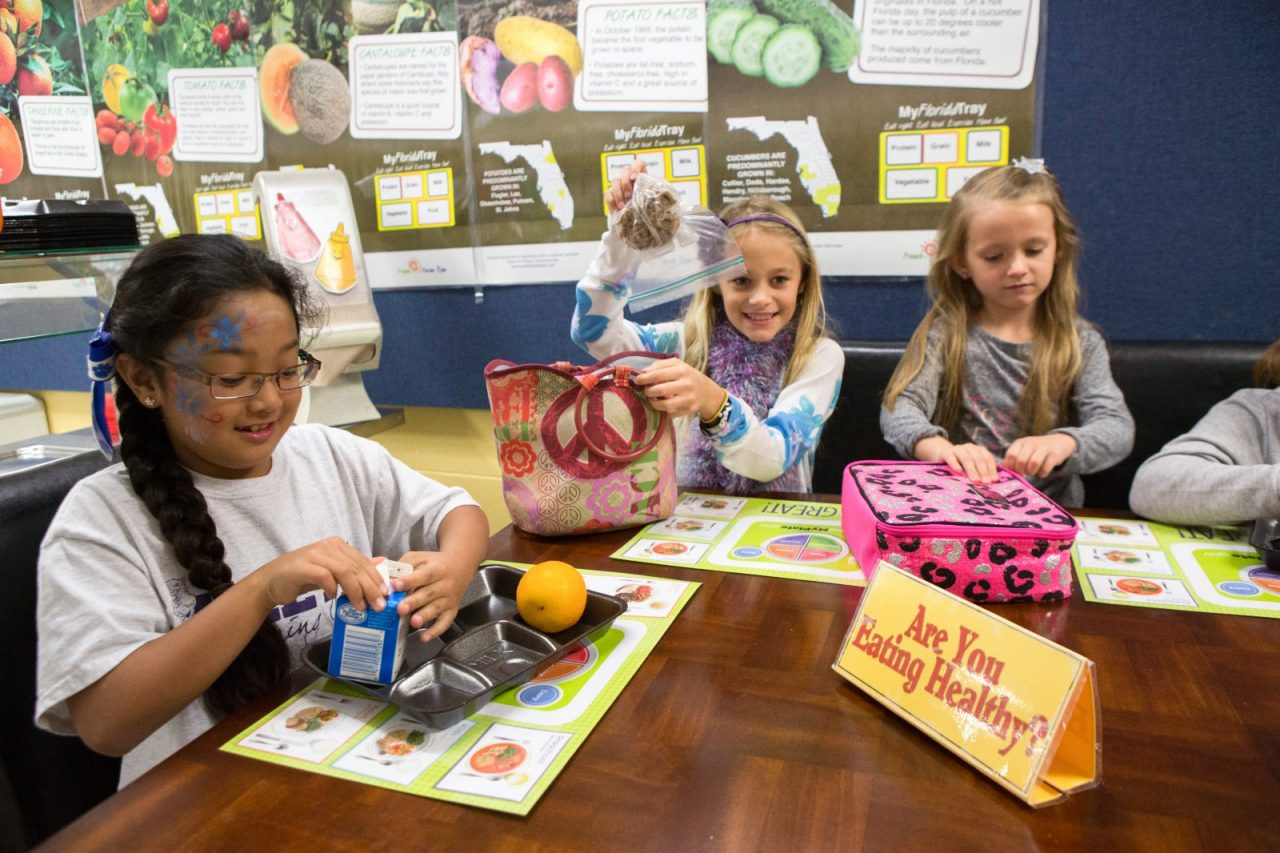 Santa Cruz County is part of California’s central coast, a rich agricultural area where locally grown fruits and vegetables often find their way to area schools. But until recently, Del Mar Elementary School had a hard time taking advantage. Outdated equipment and lack of storage meant that produce would quickly lose its freshness and students would lose interest even faster. Three-quarters of Del Mar students qualify for free or reduced-price meals; they need fruits and vegetables the most, but the school wasn’t properly equipped to serve them.

Things finally changed about three years ago, when the school purchased a new serving line, including heated and chilled cabinets to store fresh food at proper temperatures. The fruits and vegetables not only stayed fresh longer, but Del Mar was able to serve them “buffet style,” which made it more visually appealing for kids and easier for them to choose exactly what they wanted.

In a time of tight budgets, most schools don’t exactly have extra money lying around for cafeteria kitchen equipment. So where did Del Mar get the $20,000 it needed for the new serving line? And how did their success story gain national attention?

Let’s take a quick step back.

How One Law Transformed School Meals

In 2010, Congress enacted the Healthy, Hunger-Free Kids Act (HHFKA) which directed the U.S. Department of Agriculture (USDA) to update nutrition standards for meals and snacks served in schools and preschool settings. The law also authorized new grants and technical assistance from the USDA to help schools like Del Mar modernize their kitchen equipment to serve healthier meals.

The updated school meal standards—requiring more fruits, vegetables, whole grains, and low-fat milk, along with less saturated fat, added sugars, and salt—went into effect in 2012. The first-ever meaningful nutrition standards for school snacks sold in a la carte lines and vending machines rolled out in 2014. The changes with respect to early childhood settings—more on that shortly—will take effect in October.

Shortly after HHFKA was enacted, the Robert Wood Johnson Foundation (RWJF) and Pew Charitable Trusts (Pew) launched the Kids’ Safe and Healthful Foods Project (KSHF). The mission of KSHF was simple yet profound: “provide nonpartisan analysis and evidence-based recommendations to ensure that all foods sold in schools are safe and healthy.”

Along with partners and allies in the field, KSHF was instrumental in showing broad support for the changes begun by the HHFKA, delivering hundreds of thousands of positive comments to USDA from people supporting the healthier standards. The program also conducted research on how the standards were being implemented in schools across the country, and advocated for getting schools the equipment and staff training resources they needed to give all students healthy meals.

The Results Have Been Appetizing...

Fast forward to today: school cafeterias have undergone an incredible transformation in recent years, and we’re already seeing the impact ... not just in Del Mar, but across the nation.

For example, researchers examining 1.7 million meals in an urban Washington State school district found that the overall nutritional quality of meals increased by 29 percent since the standards took effect. According to a poll conducted by Pew, RWJF, and the American Heart Association, more than 70 percent of parents surveyed said they support the updated nutrition standards.

Ninety-nine percent of schools nationwide have implemented the healthier meal standards successfully. A growing body of research shows the standards are working.

Millions more preschoolers will soon benefit from healthier nutrition standards as well. Last year, USDA strengthened nutrition standards for meals served under the Child and Adult Care Food Program (CACFP), which provides meals to more than four million young children in the United States. The changes are the first major updates since the program’s inception nearly 50 years ago. Similar to their school-age counterparts, these young kids will receive meals with more whole grains, fruits, and vegetables, and less saturated fat, added sugars, and salt.

KSHF recently released a health impact assessment (HIA) that examines the likely health impact of these changes. The results are promising: the HIA determined that CACFP-enrolled kids are likely to in fact eat more whole grains and vegetables, and fewer grain-based desserts. As the researchers conclude: Improved nutritional quality as a result of the changes could lower CACFP-enrolled children’s risk of being overweight or obese, and the increased consumption of healthier foods could influence children’s overall diet, including in settings outside of early childhood education, which could maximize health benefits.

This research is important for policymakers, parents, and families—and a fitting conclusion to KSHF’s contributions to our nation’s nutrition landscape over the last seven years.

The changes we’ve seen over the past few years, and the changes to come, go beyond facts and figures. Millions of kids are learning lessons about healthy eating that can lead to a lifetime of healthy habits. Those lessons can even help them to better focus and engage academically.

KSHF may be ending, but RWJF’s commitment to helping all children eat healthy food and be active is stronger than ever. We’re in the middle of a second 10-year, $500 million commitment to help all kids grow up at a healthy weight. And we’re proud of the progress that’s been made: the national childhood obesity rate has leveled off in recent years, and a growing number of states and cities—many of which have focused on providing healthier foods in schools and communities—are even reporting declines.

We’re also applying lessons from our KSHF experience more broadly. In our ongoing work to build a Culture of Health, RWJF has broadened our approach by focusing not just on physical health, but also on the overall cognitive, social and emotional well-being of children. Our goal is to help schools integrate health services and other programs more deeply into the day-to-day life of students to promote academic achievement, improve learning skills, and establish lifelong healthy habits.

Working with our friends at Pew has been an honor and a privilege. All the healthy changes made to school foods in the last seven years give us hope and confidence that we can help schools more fully integrate health into everything they do.

Read Pew’s Health Impact Assessment, and share your ideas in the comments below for how communities can continue to ensure school meals are healthy!

Jasmine Hall Ratliff, former program officer, brought programmatic and grant management expertise to the Foundation’s efforts to create healthy places and practices that will result in achieving a healthy weight for all children.