Mary E. Burman, PhD, FAANP, is dean and professor of nursing at the University of Wyoming (UW). She was a Robert Wood Johnson Foundation (RWJF) Executive Nurse Fellow from 2007 to 2010 and coordinates a nurse education and leadership project that is supported by Partners Investing in Nursing’s Future (PIN), an initiative of RWJF and the Northwest Health Foundation.

Human Capital Blog: The Institute of Medicine (IOM) calls for a more highly educated nursing workforce and, in particular, for 80 percent of nurses to have bachelor’s degrees by 2020. What is the educational level of nurses in Wyoming? Do the state’s health care organizations prefer or require that nurses hold baccalaureate degrees?

Mary Burman: Wyoming, like many other states, and especially like many rural states, faces significant challenges in obtaining the IOM goal that 80 percent of nurses hold bachelor’s degrees by 2020. The Wyoming Center for Nursing and Health Care Partnerships (WCNHCP), home of the state’s nursing workforce center and Action Coalition, has developed estimates for the current number of nurses with baccalaureate degrees (BSN) and has made projections over the next four years.

We estimate that 36.9 percent of registered nurses (RNs) in Wyoming currently have baccalaureate or higher degrees. However, that percentage will not increase significantly over the next four years; in fact it may actually drop, given the number of new RNs with associate degrees in nursing (ADNs) and the number of nurses who are preparing to retire.

Health Issues on Ballots Across the Country

Voters across the country were presented Tuesday with more than 170 ballot initiatives, many on health-related issues. Among them, according to the Initiative & Referendum Institute at the University of Southern California:

- Health Exchanges: Missouri voters passed a measure that prohibits the state from establishing a health care exchange without legislative or voter approval.

- Home Health Care: Michigan voters struck down a proposal that would have required additional training for home health care workers and created a registry of those providers.

- Medical Marijuana: Measures to allow for medical use of marijuana were passed in Massachusetts and upheld in Montana, which will make them the 18th and 19th states to adopt such laws. A similar measure was rejected by voters in Arkansas.

- Medicaid Trust Fund: Voters in Louisiana approved an initiative that ensures the state Medicaid trust fund will not be used to make up for budget shortfalls.

- Reproductive Health: Florida voters defeated two ballot measures on abortion and contraceptive services: one that would have restricted the use of public funds for abortions; and one that could have been interpreted to deny women contraceptive care paid for or provided by religious individuals and organizations. Montanans approved an initiative that requires abortion providers to notify parents if a minor under age 16 seeks an abortion, with notification to take place 48 hours before the procedure.

- Tobacco: North Dakota voters approved a smoking ban in public and work places. Missouri voters rejected a tobacco tax increase that would have directed some of the revenue to health education.

In a state with fewer than a dozen doctoral nurses, the Wyoming Center for Nursing and Health Care Partnership is working to revitalize nursing education programs as part of its effort to implement recommendations from the Institute of Medicine report, The Future of Nursing: Leading Change, Advancing Health. This video is part of a series released by The Future of Nursing: Campaign for Action highlighting the goals and the ongoing work of some of its state-based collaborations, called Action Coalitions.

Watch Veronica Taylor, RN, MS, and Brad Westby discuss the unique challenges in their state and how they’re working to implement change. 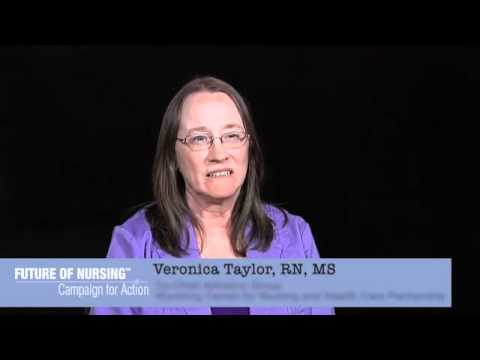