Urban planning plays a role in addressing health challenges in America and can help give everyone the opportunity to live their healthiest lives possible.

More perhaps than any place in the world, the New York metropolitan region is known for its urban form—its physical layout and design. From the Manhattan skyline to the neon lights and tourist-packed streets of Times Square to the rolling hills and winding paths of Central Park, New York’s built and natural environment is part of what makes it such a vibrant, dynamic place to live. The distinctive form also has important health impacts. But, as discussed in a new report, State of the Region’s Health: How the New York Metropolitan Region’s Urban Systems Influence Health, these impacts are often poorly understood.

The report, written by the Regional Plan Association (RPA) with support from RWJF, provides an in-depth look at health in the New York metropolitan region, where 23 million people live in cities, suburbs, villages and rural communities stretching from New Haven, Connecticut to Ocean County, New Jersey. It finds that New York region residents live longer than U.S. residents overall, but they are not necessarily healthier.

In order to achieve greater health equity in America, we need to co-create solutions aimed at transforming the many systems that influence where we live, learn, work and play.

When it comes to health across cities, zip codes are unequal and so are health outcomes. For example, ethnic minorities continue to experience higher rates of morbidity and mortality than whites. Among the 10 leading causes of mortality in the U.S. (e.g., heart disease, cancer or stroke), minority populations experience the highest rate of death.

We write often about the disparities between population groups and the day-to-day experiences of individuals who, for a myriad of reasons—systemic, geographic or financial—do not have the same opportunity to live as healthy a life as their fellow citizens. Our goal is greater health equity in America, a process that begins with including those most affected and co-creating solutions to improve the systems that negatively impact health. The end result should be decreased health disparities.

Here at the Foundation, we know that health disparities are more often caused by systems related to non-medical determinants of health, which is why we’ve specifically invested more than $457 million since 2014 toward eliminating these pervasive gaps in health outcomes.

Babies are Dying in Rochester at Twice the National Average. Why?

Rochester, N.Y., is the birthplace of Xerox, Bausch & Lomb, and Kodak, and home to two top-ranked research institutions, the University of Rochester and Rochester Institute of Technology. Nevertheless, babies die in this upstate New York city at a rate two times higher than the national average, and Rochester’s children of color are three times more likely than white infants to die before their first birthday. Why?

To come up with some answers, Futuro visited Rochester as part of its America by the Numbers series, made in partnership with Boston public TV station WGBH (check your local PBS and World Channel listings to see the series). We went knowing that the U.S. as a whole ranks 56th in the world for infant mortality, by far the lowest of any industrialized nation, despite the fact that we spend more on health care per capita than any other country, and the largest portion goes towards pregnancy and childbirth. This makes Rochester’s statistics even more tragic—an outlier in an outlier.

The video is republished with permission from the Leonard Davis Institute. 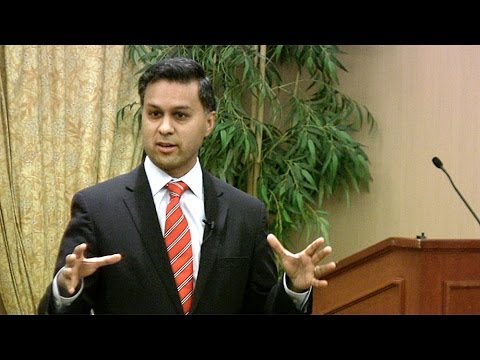 NewPublicHealth: Because of its large budget and powerful public leaders, New York City isn’t always seen as a model for other, particularly smaller, health departments. But your work shows some of their efforts to be important, maybe critical for other departments to study and replicate. How did you come to that conclusion?

Miriam Laugesen: In our research, one theme that kept coming across again and again was the scientific basis—the amount of research and data—that the Bloomberg administration and staff had collected to justify and design their policies. That was a very big component, we thought, of many of their policies and that New York City had many innovative, interesting examples of how policymakers can base their policies on evidence.

Three months have passed since Hurricane Sandy hit the East Coast. And while the number of people displaced by the storm has gone down from tens of thousands to the hundreds in different communities, some people are still without power or a permanent place to live. Others face the daunting task of rebuilding businesses and homes while protecting against mold and dust, which can cause or exacerbate respiratory problems. For many, the stress has rekindled mental health issues that might have been at bay, or created new ones or just made tough times even worse.

Dr. Yang: There are people in parts of the city for whom the storm is a distant memory, and their daily lives are virtually unaffected apart from what they might hear on the news or read in the papers. But in the areas that were most directly affected by the hurricane, life for many is far from normal and may never return to what it was pre-storm. Those areas in particular are parts of the Rockaways and Coney Island and Staten Island. So there are still thousands of people who don’t have basic utilities and for whom grid power and heat have not returned. And we’re heading into the coldest winter months.

NPH: What’s the role of the public health department both now to help people deal with the aftermath, and looking ahead to prepare for the next disaster?

Just several weeks after Hurricane Sandy hit the New York City area, New York State Governor Andrew Cuomo appointed Irwin Redlener, MD, director of the National Center for Disaster Preparedness at Columbia University’s Mailman School of Public Health, to co-chair the New York State Ready Commission. The role of the Commission is to determine ways to ensure that critical systems and services are in place to respond to future natural disasters and other emergencies.

The specific areas for which the commission was asked to make recommendations include:

Both the Ready Commission and the 2100 Commission, which was tasked with finding ways to improve the resilience and strength of the state’s infrastructure in the face of natural disasters and other emergencies, submitted their reports to the governor earlier this week. Recommendations of the Ready Commission included:

NewPublicHealth spoke with Dr. Redlener about the Commission and the storm’s impact on New York

NewPublicHealth: You were appointed to co-chair the Ready Commission by Governor Cuomo in November. What is the specific focus of the Commission?

Redlener: What we are going to do is assess the current resilience of the city in terms of its preparedness efforts. Are we ready? Are we prepared? What are the missing elements right now in trying to make us more prepared for the next events than we were for this one? Some of this is not all that complicated and unfortunately these are problems that we have seen in prior disasters. Some of the things that we are seeing here were basically exactly what we saw in the Gulf and in New Orleans after Katrina. It isn’t like we haven’t been thinking about these things. I think that is why we were able to provide some reasonable recommendations, because these are not altogether new problems or challenges.

NPH: How strong is disaster preparedness training at schools of public health and within governmental public health?

Gabriel Rincon, DDS, is the founding executive director of Mixteca Organization, Inc., in Brooklyn, N.Y., which provides a broad scope of health and education programs, including literacy and computer classes, English-language courses, and afterschool programs, to thousands of Hispanic New Yorkers each year. He is also a 2011 recipient of a Robert Wood Johnson Foundation (RWJF) Community Health Leader Award. The Human Capital Blog asked Rincon to reflect on his experience as an RWJF Community Health Leader.

Human Capital Blog: How did you come to found the Mixteca Organization?

Gabriel Rincon: In the 1990s distribution of information about AIDS was on the rise in developed nations such as the United States, but in immigrant communities—particularly Hispanic ones—levels of HIV/AIDS infection and general ignorance of the disease was still high. The City of New York was one of the locations with the highest number of Hispanics infected with HIV/AIDS. In 1991, I witnessed the lack of information available in Spanish. I decided in 1992 to take action by designing a slide presentation and organizing talks about HIV/AIDS, signs and symptoms its risks, forms of prevention, and treatments. With the use of a portable projector and informational pamphlets, I made presentations in factories, churches, houses and community centers, and on radio and TV. In 2000, together with other community members, my work was formalized; Mixteca Organization, Inc., obtained its official status as a non-governmental, non-profit community based organization.

Hurricane Sandy Recovery: By the Numbers

As the recovery efforts continue in the aftermath of Hurricane Sandy, NewPublicHealth is following the work of local and state health departments in the areas affected by the storm as they help their citizens regroup, recover and build community resilience.

Three weeks after the storm the New York City Health Department has meaningful storm-related health use data that is valuable for both current health services delivery and future disaster planning:

Many elite medical schools — Columbia, Cornell, Harvard, Johns Hopkins and Yale, among them — have no departments of family medicine to train students who want to specialize in primary care. Students interested in that field are instead trained to take care of seriously ill patients and are sometimes even discouraged by professors if they do not pursue a specialty, NPR reports.

But Mount Sinai School of Medicine in New York is making a “fundamental change” in its mission. Previously ranked among the bottom 20 medical schools in the country when it comes to the number of primary care doctors it graduates, Mount Sinai had neither a department nor any family physicians on staff until this June.

Now, thanks to a partnership with the Institute for Family Health, the school employs primary care doctors from the Institute’s community clinics to teach students during all four years of medical school, offering primary care students a chance to learn the skills they’ll need in practice.

"I want to spend my career keeping people healthy rather than trying to bring them back from a very serious illness," Mount Sinai student Demetri Blanas told NPR. "I think it is what society needs right now, and that is important to me."

Neil Calman, president and CEO of the Institute for Family Health, called the partnership “a natural marriage.”

"I think people are finally realizing that the country will be bankrupt if we continue to admit people and readmit people for conditions that could be prevented with good primary care," he told NPR.

Listen to the story on NPR.