The California Action Coalition has brought together nursing and physician organizations, educational institutions, government agencies and workforce centers to advance the recommendations in the Institute of Medicine report, The Future of Nursing: Leading Change, Advancing Health.

Watch California Action Coalition co-leads Deloras Jones, RN, MS, and Terry Hill, MD, FACP, discuss the goals for their state. This video is part of a series released by The Future of Nursing: Campaign for Action, highlighting the goals and the ongoing work of some of its state-based collaborations that are working to implement change. 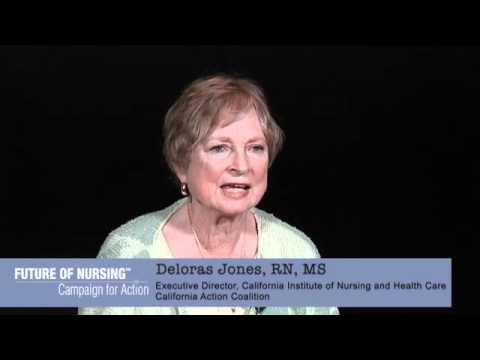 Congratulations to Linda Burnes Bolton, Dr. P.H., R.N., F.A.A.N., on being named among Modern Healthcare Magazine’s Top 25 Women in Healthcare for 2011. Burnes Bolton served as vice chair of the committee that drafted the Institute of Medicine study on the future of nursing last year and is a member of the strategic advisory committee of the Future of Nursing: Campaign for Action, which is working to implement the report’s recommendations.

Burnes Bolton began her career at Cedars-Sinai Medical Center in Los Angeles as a staff nurse in 1971. She has been chief nursing officer since 1994 and today also serves as vice president for nursing and director of nursing research at the medical center. She is a past president of the American Academy of Nursing and the National Black Nurses Association.

Learn more about Burnes Bolton and her honor.