The Cuyahoga County, Ohio Place Matters team's focus is on ensuring health implications and equity considerations are at the forefront as policy makers and others make decisions that substantially impact the county’s residents and the neighborhoods in which they live.

East Cleveland is one of the most densely settled communities in Cuyahoga County. The city has a poverty rate of 32 percent, while its heart disease mortality rates (355/100,000) are higher than in the county (10 percent higher) and the nation (32 percent higher).

Team objectives include building effective partnerships; striving for equal opportunity for all; equity; recognition that neighborhood condition is the context in which health and wellbeing begins; health in all policies; mobilizing the community for action; and measuring indicators of social determinants of health.

>>NewPublicHealth continues a new series to highlight some of the best public health education and outreach campaigns every month. Submit your ideas for Public Health Campaign of the Month to info@newPublichealth.org.

In honor of American Heart Month, held each February, the U.S. Environmental Protection Agency (EPA) has created a new Public Service Announcement (PSA) to educate the public and health care providers about the risks of air pollution to the heart.

"Over more than four decades of EPA history, we've made tremendous progress cleaning up the air we breathe by using science to understand the harmful effects of air pollution," said EPA Administrator Gina McCarthy. “While EPA continues to fight for clean air, Americans can take further action to protect their heart health by following the advice in our new PSA.” 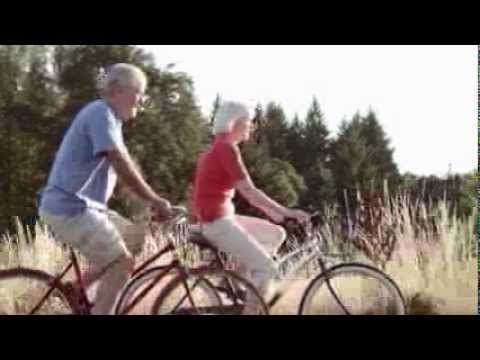 One of EPA’s commitments in the U.S. Surgeon General’s National Prevention Strategy is to educate health care professionals on the health effects of air pollution, including heart risks. This PSA supports the Million Hearts Initiative, launched by the U.S. Department of Health and Human Services in September 2011, to prevent one million heart attacks and strokes by 2017.

Research has shown that air pollution can trigger heart attacks, stroke and worsen heart conditions, especially in people with heart disease—that’s one in three Americans. According to the EPA, very small particles are the pollutants of greatest concern for triggering health effects from exposure to air pollutants. These particles are found in transportation exhaust, haze, smoke, dust and sometimes even in air that looks clean. Particle pollution can also be found in the air at any time of the year.

Air Quality Index forecasts for more than 400 cities are available on the forecast map through a free AirNow app for iPhone and Android phones, and through the free EnviroFlash e-mail service. To sign up, visit here and click on the “Apps” or “EnviroFlash” icons.

Learn about the Million Hearts Initiative.

The holiday message from NewPublicHealth is: stay safe.

A recent report from the University of California at San Francisco finds that emergencies spike during the holidays for a number of reason, including overindulgence and delayed care.

Heart-related deaths increase by 5 percent during the holiday season. Fatal heart attacks peak on Christmas, the day after Christmas, and New Year’s Day, according to a 2004 study in the journal Circulation.

“The holidays are a time when we really increase the amount of salt and fat we eat. Most people don't notice the difference. However, there are certain people -- for example, those with heart failure -- for whom the slight increase in salt intake could result in big problems,” said Ameya Kulkarni, MD, a cardiology fellow with the UCSF Division of Cardiology.

UCSF physicians say another excess that fills the emergency room during the winter holidays involves binge drinking. On New Year’s Eve 2010, the UCSF emergency department saw a 50 percent jump in the number of ER visits from the year before. Of that, 70 percent were for alcohol admissions.

UCSF's Emergency Room Medical Director, Steven Polevoi, MD, says that typically binge drinking patients are so intoxicated that they aren’t able to walk or talk. They can lapse into unconsciousness, have trouble breathing and sometimes even die.

And drunken patients can impede the care of others because no medicine can reverse intoxication. “We must wait until their blood alcohol level decreases and that’s a slow process,” Polevoi said. “Basically we are left with lots of patients in semi-conscious states. They often spend six or eight hours with us until they’re sufficiently sober to go home.”

Bonus to Help Prevent Emergencies: The American College of Emergency Physicians has a good primer on emergency care on its website and gives additional advice on safety for older people, travel and home.

Have a safe, happy and above all healthy holiday.