“An Educated Consumer is Our Best Customer:” Four Things to Know About Transparency In Health Care Prices, Costs and Quality 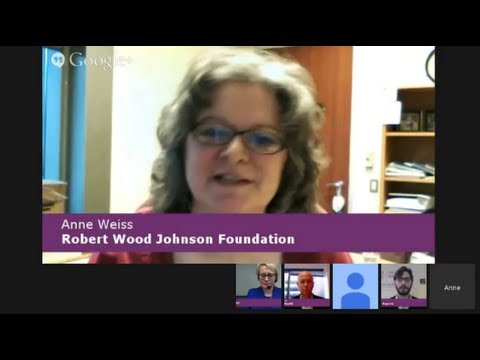 Welcome to the rollout of Obamacare....right?

Actually, with the exception of the new health insurance exchanges, all of the phenomena described above have a long history. Similar concerns were voiced loudly in the late 1980s and 1990s, when “managed care” in health insurance became a dominant force on the health care and health insurance landscape.

What’s amazing to people who lived through both of these eras—then and now—is how little has changed.

Enrollment through Health Insurance Exchanges Lagging, but Humming Along In Medicaid in Many States

Amid the attention focused on technology flaws of the nation’s new health insurance exchanges, a happier story has received less attention:  the relative ease with which many Americans newly eligible for an expanded Medicaid program are now enrolling in coverage in many states. There’s a lesson in this story for all of us—that governments at many levels can, and often do, get things right. But sometimes it takes years of effort, policy changes, big dollar investments, and improved know-how to make all the processes work.

In my last post, I wrote about what would best motivate physicians to transform health care: carrots, sticks or something else. The case for “something else” was made in a series of innovation sessions presented at a recent American Board of Internal Medicine (ABIM) Foundation forum. They focused on evolving health care delivery models aimed at increasing quality, decreasing cost and enhancing patient-centered care.

Readers of Daniel Pink’s book Drive will be familiar with his thesis about “Type I” human behavior: the kind that is less concerned with “the external rewards to which an activity leads and more with the inherent satisfaction of the activity itself.” Many innovations presented at the forum echoed that theme—augmenting the satisfaction that doctors get from focusing most of their attention on helping patients.

Engaging doctors: At the forum, Craig Sammit, the CEO of Wisconsin-based Dean Health noted that “extrinsic” motivators, such as showing doctors how their relative performance data stacked up against their peers, had substantial impact in spurring improvement. But he observed that the measures that were most effective in transforming the way care is delivered  at Dean were those that helped make the organization “the best place for a physician to work.”

Carrots, Sticks, or Something Else? Motivating Doctors to Transform Health Care

An old joke has it that the doctor’s pen is the costliest technology in medicine, since money typically flows where physicians’ prescriptions and other orders decide that it should go. As a result, influencing these decisions is key to achieving the Triple Aim of better health and health care at lower cost.

But what’s more likely to influence doctors: external factors, such as bonuses for improving the quality of care, or internal factors, such as appealing to their sense of altruism or satisfaction with their work?  In other words, carrots, sticks, or something altogether different—what Daniel H. Pink, author of Drive, calls “our innate human need to direct our own lives, to learn and create new things, and to do better by ourselves and our world”?

Imagine the outrage if an investigation uncovered a decades-old scheme in which hundreds of billions of taxpayer dollars were siphoned off to pay for health care of little to no value. That finding would probably mean that millions of Americans subjected to this unnecessary care could have been harmed as a result.

Guess what? An investigation—actually a new report from the Institute of Medicine—just did "uncover" such a scheme. And much of the original detective work was done by researchers at Dartmouth, supported in part through grants from the Robert Wood Johnson Foundation.

“Speed kills,” warns the traditional highway sign about the dangers of haste and traffic deaths. Now, we know that stress kills, too.

Toxic stress, at any rate. The human body’s response to normal amounts of stress—say, a bad day at the office—is likely to be brief increases in the heart rate and mild elevations in hormone levels. But a toxic stress response, stemming from exposure to a major shock or prolonged adversity such as physical or emotional abuse, can wreak far more havoc.

In children, science now shows that toxic stress can disrupt the developing brain and organ systems. The accumulated lifelong toll of stress-related hormones sharply raises the risk of chronic diseases in adulthood, ranging from heart disease and diabetes to depression and atherosclerosis.

Thus, the message from a panel of experts to the Robert Wood Johnson Foundation’s Commission to Build a Healthier America was at once simple and challenging: Create a healthier environment for—and increase coping mechanisms and resilience in—the nation’s most vulnerable and stress-ridden children and families.

Low-Cost, High-Quality Health Care: Not Made in the USA?

Imagine that you’re a heart patient. You go to the hospital for open heart surgery and recover successfully. As you leave for home, you’re handed a bill for the surgery and hospital stay—for $800.

In the high-priced world of U.S. health care, where charges for such procedures typically run into the six figures, that price is practically unthinkable. That’s why the idea of $800 heart surgery comes all the way from India—and why the largest nonprofit health and hospital system in the U.S., Ascension Health, wants to figure out how it might be replicated within its walls.

Americans are accustomed to thinking that the best ideas are hatched here and then exported abroad. But in health care, it’s clear that we have plenty to learn from other countries,  especially from efforts to provide care in low-resource settings, such as in much of Africa, Asia and Latin America.

U.S. Women: Many Missing From the Picture of Health

The missing women. The concept was first put forward by Nobel Prize-winning economist Amartya Sen in the 1980s. He pointed to demographic evidence that hundreds of millions of women were simply missing from the planet—most likely never having been born, or died, due to discrimination or neglect.

Biologically, females are stronger than males; as a result, in much of the world women outnumber men in population sex ratios. But Sen found the ratio was flipped in India, Pakistan, and Bangladesh. Subsequent investigations show a similar pattern in other parts of the world where women are at substantial economic and social disadvantage to men—including other countries in Asia, the Middle East, North Africa, and central and Eastern Europe.

Now, research sponsored in part by the Robert Wood Johnson Foundation raises the question: Is there a growing corps of “missing women” in the United States as well?

To End Readmissions, Look to a Wired Community

What does it take to keep the sick and elderly from spinning through the revolving doors of the nation’s hospitals? Answer: A village.

Although avoiding unnecessary hospital readmissions is typically framed as an issue for hospitals, it’s more accurately seen as an issue for entire communities. One in five Medicare beneficiaries now end up back in the hospital within 30 days of discharge, at an estimated cost of more than $17 billion annually. It will take local health care communities working together to keep more of those patients at home, or at the very least, in a less acute care site.

A recent report from the Robert Wood Johnson Foundation, The Revolving Door: A Report on US Hospital Readmissions, profiles cases that make the point.

To crack down on avoidable readmissions, Medicare began penalizing hospitals last year if patients with three conditions—pneumonia, congestive heart failure, and heart attack—were readmitted within 30 days at rates above certain thresholds. At least two other federally sponsored efforts, the Partnership for Patients and the Community-Based Care Transition Program have also worked over the past several years to reduce avoidable readmission rates. A third, the Beacon Community Cooperative Agreement program, is now shedding a bright light on how communities can best use information technology in the process.

The Beacon program was part of 2009 federal legislation aimed at boosting adoption of electronic health records (EHRs) and other health information technology. Seventeen communities won three-year grants totaling  $250 million to use EHRs, and exchange of digital information among health care providers, to improve health and health care. Three of the communities—Cincinnati, Detroit and Western New York—are closely linked to the RWJF’s Aligning Forces for Quality efforts in those same communities.

One tool that Beacon has tested is electronic alerts that originate in a hospital’s information system when patients undergo a change in status—for example, when they are admitted to the hospital, discharged, or transferred to another facility such as a nursing home. If the community has a health information exchange system, the message is processed and turned into an ADT alert, then sent to a primary care doctor or care manager. These professionals can then step in to smooth the transition and make certain that chronically ill patients get the attention they need.

Use of ADT alerts has been shown to deter unnecessary visits to the emergency room and initial as well as repeat hospitalizations. But communities must do a lot of hard work, together, to put them in place. They have to forge agreements with technology vendors, adopt data use agreements among providers, and undertake measures to protect patients’ privacy.  What’s more, primary care physicians usually have to adapt the way they practice medicine, becoming far more proactive rather than reactive.

Fortunately, even as the Beacon program draws to a close in September, the 17 communities have banded together as the “Beacon Nation” to share the lessons they’ve learned with others. The group recently released the first of eight learning guides, this one to help communities improve care transitions using the ADT alerts. (Full disclosure: Along with my foundation colleague Michael Painter, I serve as one of 14 unpaid members of an advisory committee to the Beacon Nation group.)

Following the steps in the learning guide isn’t simple, but the take-home message is, says Farzad Mostashari, head of the Office of the National Coordinator of Health Information Technology, which oversees the Beacon program. “What the guide teaches us is that it’s not all about the technology,” he says. “Incorporating the technology with the people [in the community]—that’s the lesson.”

In other words, welcome to today’s high-tech health care villages—where lots of dedicated people and communities are coming together to achieve the Triple Aim.

Sorting Out the Meaning of Hospital Pricing Disparities

Susan Dentzer: Toward a Healthier America

What does U.S. health care have in common with an exotic international bazaar? The prices at either one are almost never posted, whether for a heart bypass operation or an antique rug. And the final price will almost certainly have little to do with the seller’s opening bid.

The nature of the U.S. medical bazaar was laid out earlier this month when the Centers for Medicare and Medicaid Services (CMS) released the prices billed to Medicare by more than 3,300 hospitals for 100 of the most common conditions or procedures. Not only was there wide variation in what hospitals charged, but there was also considerable variation in what Medicare actually paid—even though  hospital payment rates have been set prospectively, based on nearly 800 so-called diagnosis related groups (DRGs) for 30 years.