Eighteen years ago this month, Big Data had a cultural coming out party when IBM's Deep Blue defeated international chess champion Gary Kasparov in a game. Gary Kasparov was a chess genius. But Deep Blue could mine the records of 700,000 grandmaster chess games and evaluate 200 million positions per second. The famously nimble Kasparov ultimately could not match the brute computing force of Deep Blue.

This week we mark another historic milestone in Big Data history. This time, there is more at stake than bragging rights from a chess competition.

“Project ECHO is working to improve health care for underserved populations all over the world, and to do it fast,” Dr. Arora said during his TEDx presentation in Albuquerque last month. With more than 2,000 people in the room, Dr. Arora described how the ECHO model began in rural New Mexico and how it is quickly spreading around the globe to help clinicians on the front lines of care learn new skills and do more for more patients. Watch Dr. Arora’s TEDx presentation and hear his vision for the future.

Archimedes Founder David Eddy, MD, makes a strong case for the new Global Cardiovascular Risk score (GCVR), because it will keep providers more focused on preventing disease and give them a more accurate and meaningful target to shoot for to keep patients healthy. This project, to test the merits of a new way to measure the health outcomes of patients with heart disease and diabetes, is an example of a truly disruptive innovation that could be a real game-changer for measuring quality. Read Dr. Eddy’s full post below.

Building Big Data, One Swab at a Time 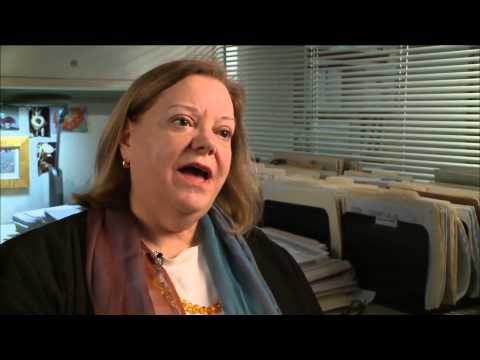 Play Video
Watch PBS NewsHour's feature, "Researchers Aim to Unlock Genetic Data Goldmine for Vital Medical Information," on the Kaiser biobank to learn more about how Catherine Schaefer, Neil Risch and 200,000 Kaiser members are accelerating the pace of medical research and bringing the future potential of genomics into the here and now.

When the Robert Wood Johnson Foundation launched the Pioneer Portfolio, my colleagues and I asked ourselves what fields might produce the greatest potential game-changers for health and health care. Genomics was at the top of the list. The human genome had been mapped and fantastic discoveries had begun to blossom, but a true era of personalized medicine still seemed too far off.

So we set out to do what Pioneer does best. We explored and learned. We networked.  We asked a lot of questions.  And we began to hunt down ideas.

On March 12, PBS NewsHour did a feature story on one of the big ideas that came out of that process: the world’s largest, deepest, and most diverse “biobank.” It presented a good opportunity to share the backstory.

Some good news came our way this week -- a story unfolding the way we hoped it would.

Freelancers Union, a Pioneer Portfolio grantee, will launch three Consumer Operated and Oriented Plans (CO-OPs)--nonprofit, consumer-governed insurance companies envisioned by the Affordable Care Act to expand health insurance choices for consumers and small businesses. This is made possible by $340 million in low-interest and no-interest federal loans announced Feb. 21 by the Centers for Medicare & Medicaid Services to start three of the first seven CO-OPs in New York, New Jersey and Oregon.

We’re delighted because Freelancers Union used a 2010 grant from Pioneer to shape its existing ground-breaking model for demand-side, consumer-driven health care into a proposal for the new world of CO-OPs.

It was a natural fit. Here’s the back story.

The existence of Freelancers Union is recognition that for the 30 percent of the workforce that earns its living as freelancers, contractors and temps – so-called independent or contingent workers – there are no employer-provided benefits, including health insurance. Many of these workers earn too much to qualify for public assistance and not enough to afford the health insurance available in the individual market, typically more costly than the group market plans offered by employers.

As a Foundation, we have been concerned for 30 years about Americans’ lack of access to affordable and stable health coverage, so a partnership took shape over the course of three grants.

We first partnered with Freelancers Union in 2007, when they were looking to start a health plan for the contingent work force, but with an important twist. They wanted the benefits to reflect input from the workers. Our first grant helped the organization conduct surveys and focus groups to shape the benefit design. It learned that its members wanted a product aligned to their holistic needs on top of catastrophic coverage.

With a second grant in 2008, we joined a consortium of funders that helped launch a for-profit subsidiary, Freelancers Insurance Co., with a line of products that combine catastrophic insurance coverage with special attention paid to mental health services as well as wellness, prevention and alternative therapies.

Then with a third grant in 2010 we sought to enable Freelancers Union to expand its group purchasing health-benefits program from New York into New Jersey and Georgia. We envisioned this work might produce a prototype for the CO-OPs, and it did. All CO-OPs won’t follow the Freelancers Union model, of course, but it certainly sets a standard.

The work of Freelancers Union reflects many of the core ideas that drive Pioneer Portfolio grant-making. It is transformative and disruptive. As large insurers back away from the individual market because of the tight profit margins, some fresh thinking is badly needed, like rolling individuals into groups even though they do not work together, and then listening to them carefully to design products that meet their needs.

That’s pioneering, and we’re proud to have played a part.

Health Courts May Provide an Answer

What if we could have a rational, consistent medical justice system that resolved claims expeditiously?  What if the bulk of the money spent on the system went to victims instead of to legal fees, court costs and other expenses?  Finally, what if this new system could actually promote patient safety by bringing the causes of medical injuries to light rather than pushing that information underground?


People on all sides of the medical liability debate see the system as broken and have strong opinions on various fixes, and yet for years we have been unable to break through the gridlock to make meaningful headway toward new solutions.


Pioneer, through a cluster of grants, is exploring a new approach — administrative health courts. Precedence for such a specialized administrative court already exists in the form of bankruptcy, tax and admiralty courts.


While health courts offer many advantages over the tort system, we find the potential for gains in patient safety, as well as in quality and transparency of care delivery, to be the most compelling.


On a parallel track, researchers at the Harvard School of Public Health (HSPH) have developed a prototype for health courts and researched the viability and benefits of such a model (see resulting paper).


We are just beginning a second phase led by Common Good, in collaboration with HSPH and several other academic research partners. In this new phase, Common Good will (in addition to its national outreach and coalition-building activities), identify six states where there are favorable chances of successful reform, offer  technical assistance to interested parties within these states and support a state task force to develop a health court pilot proposal. Our goal is a successful health courts demonstration.


This is a high-risk proposition; there are entrenched interests determined to maintain the status quo.  What Common Good and its partners are working on, however, is worth pursuing…the health courts vision goes beyond incremental reform to promote a fundamental rethinking of the system.  With so much to gain in terms of transparency, efficiency, cost savings and patient safety, the time is right to test the viability of a state-based rational medical justice model.


We’re glad that Paul Barringer of Common Good and Michelle Mello and David Studdert of the Harvard-led research team have joined us in this initial exploration of the health courts model on Pioneering Ideas.  We look forward to their thoughts—and yours—on the prospects for a medical justice system that restores rationality and enhances health care quality and patient safety.