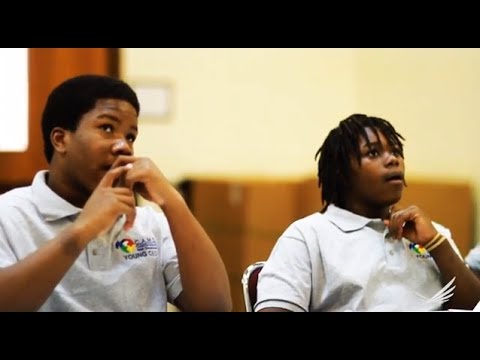 I'm Happy I Dropped my iPhone in the Pool ...

But I wasn't happy at first. While on vacation, I was mortified when I saw “him” lying at the bottom of the pool. “He” was my constant companion through boredom-and caffeine-fueled late-night working sessions.

Snap back to reality. Moments later my other companion—my husband—frantically rescued my iPhone from the depths of crystal clear waters. First aid involved promptly powering off the phone and depositing “him” into a bag of rice where “he” would remain for a week (or two!), drying out

Living in a Sugar Nation: Can We Win the Battle Against a Silent Killer?

Walking through Barnes & Noble recently, a book on the “New Arrivals” rack stopped me in my tracks. So despite being in a rush, I was immediately drawn to Sugar Nation.

Imagine reuniting with a father you haven’t seen in years, finding him in an unrecognizable condition—a “human body in the process of cannibalizing itself”—on death’s door with a missing limb. Author Jeff O’Connell begins with this moving story of how he learned that his estranged father was slowly dying from the ravages of type 2 diabetes.

Despite having learned of his father’s leg amputation weeks earlier, O’Connell—former editor-in-chief at Muscle & Fitness magazine and executive writer at Men’s Health magazine—was certain he had nothing to worry about. He worked out, was lean and appeared healthy. His thin physique didn’t fit the stereotype of someone predisposed to developing type 2 diabetes.

A sobering visit with his doctor shook O’Connell to his core. He was diagnosed with pre-diabetes and headed down the same path as his father. Rather than accepting this fate though, he embarked on a mission to fight back against the enemy lurking within him. In doing so, he unearthed crucial information on how lifestyle factors influence diabetes.

More interestingly, he discovered the troubling manner in which health care providers are (or are not) responding to this burgeoning problem, going so far as to say that many “seem clueless when it comes to diagnosing this disease, let alone treating it.”

Although genes play a prominent role in predisposing someone to type 2 diabetes, lifestyle is a major influence. O’Connell underscores how type 2 diabetes stems from “the sum total of a very long trail of personal choices, made over a lifetime.” We pay a heavy price for our love affair with sugar, as massive quantities from processed foods shock our bodies. It shouldn’t be surprising then that one in three adults in the United States now has a blood sugar abnormality that predisposes them to diabetes-related complications such as heart disease, kidney failure and blindness. Sadly, many do not know they are affected until they develop these complications.

Najaf Ahmad, M.P.H., is a Communications Associate with the Robert Wood Johnson Foundation's Human Capital Portfolio. She has contributed to RWJF’s efforts in the areas of health insurance coverage and nursing since joining the Foundation in 2004, and is currently working on initiatives to build capacity in the health and health care workforce.

I’m obsessed with sugar and so is my husband. It wasn’t always this way; we used to spend many evenings sharing a pint of Ben & Jerry’s curled up in front of the TV.

That was until we became neurotic new parents.

In our quest to become good—and healthy—parents, nutrition became a new-found obsession. Our determination to model healthy behaviors for our child meant, among other things, reassessing our diet. To guide our efforts, we spent many evenings voraciously reading up on diet and nutrition–this time without Ben & Jerry.

It was right around then that I first heard of award-winning science journalist Gary Taubes. He had just published Good Calories, Bad Calories, his magnum opus examining the relationship between carbohydrates and obesity. A Robert Wood Johnson Foundation Investigator in Health Policy Research, Taubes has rediscovered the relationship between excess consumption of sugar, chronic health problems, obesity and food policy. He is one of only a few journalists that the Investigator program has funded.