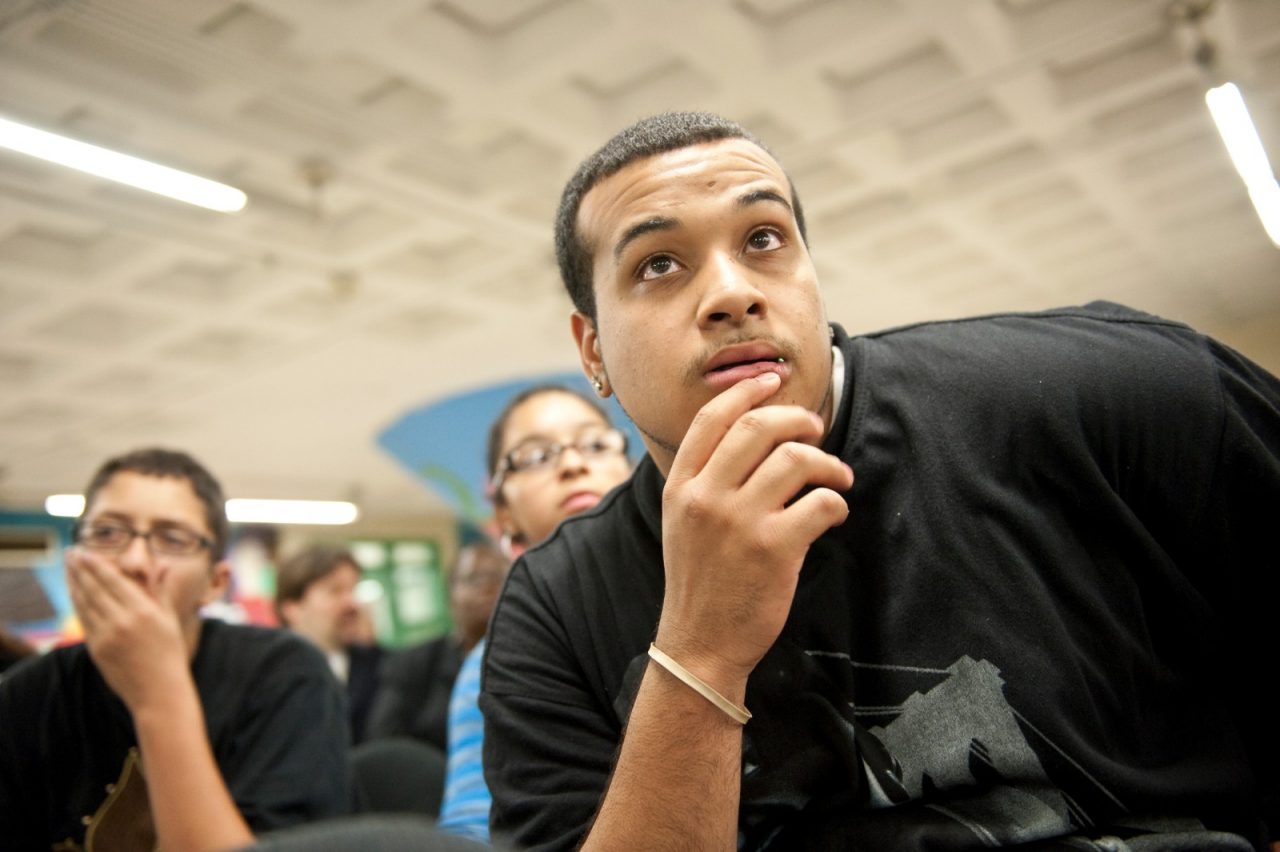 Princeton, N.J.—A new NPR/Harvard T. H. Chan School of Public Health/Robert Wood Johnson Foundation poll reveals how much discrimination affects the lives of eight groups of people in America and drives decisions that influence their health, safety, and well-being. The poll, the largest of its kind, asked about personal experiences with discrimination across more than a dozen areas of daily life among 3,453 people, including African Americans, Latinos, Asian Americans, Native Americans, Whites, and LGBTQ adults, as well as men and women. Reports on how each group experiences discrimination will be released over the next several weeks.

The first report of the series, released today, shows that black Americans encounter persistent discrimination across many dimensions of their lives, including when interacting with police, applying for jobs or seeking promotions, trying to rent an apartment or buy a home, or going to the doctor or health clinic. The survey shows that fear of discrimination influences whether to seek medical care, call the police when in need, and even drive or attend social events.

For example, nearly one third (32%) of 802 black adults surveyed say they have personally experienced racial discrimination when going to the doctor or a health clinic—with 22 percent avoiding seeking medical care out of fear of racial discrimination. Meanwhile, 60 percent of blacks say that they or a family member have been unfairly stopped or mistreated by police because they are black. And nearly one-third (31%) say fear of discrimination has led them to avoid calling the police even when in need.

“This poll is unique because it tells us about many groups’ own personal experiences with discrimination across many areas of life, not just what they believe about discrimination or how they think it affects society,” says Robert Blendon, ScD, the Richard L. Menschel Professor of Health Policy and Political Analysis at Harvard and co-director of the poll. “It was important to capture more experiences with discrimination from different groups than anyone has ever looked at previously, because we know it has a huge effect on health.”

“If someone is avoiding seeking medical care out of fear of discrimination, they’re at risk of going undiagnosed for serious conditions—or forgoing management of chronic diseases like diabetes and high blood pressure,” says RWJF President and CEO Richard Besser, MD. “But even beyond that, we know that repeated stress from discrimination and racism can actually make some of those conditions more likely in the first place and shorten lives. So these responses provide an important lens into how discrimination actually impacts people, in the short and long term.”

When asked about specific experiences:

It’s well documented that blacks have poorer health and die sooner than whites in America. The cumulative experiences with discrimination like being unfairly stopped by the police, being unfairly fired, having people act as if they are afraid of you or feeling like you are treated with less courtesy than others—so-called microaggressions—can trigger a slew of health problems for blacks, says David Williams, PhD, MPH, the Florence Sprague Norman and Laura Smart Norman Professor of Public Health at the Harvard T.H. Chan School of Public Health and Professor of African and African American Studies and Sociology at Harvard University. This includes elevated blood pressure, obesity, heart disease, cancer, and even premature aging or mortality.

“Over 200 black people die prematurely every single day in America, in part, because of racism in society,” Williams says. “This poll helps us see where we need to take action to address the problem.”

The “Discrimination in America” survey was conducted in the first quarter of 2017. A copy of the first report, examining the experiences and views of 802 African Americans can be obtained here. A final report with highlights from all eight groups surveyed will be released in December 2017.

The Harvard School of Public Health, NPR, and RWJF presented a forum today with expert perspectives on the topic. Learn more by accessing the on-demand recording.

About the Harvard T.H. Chan School of Public Health

Harvard T.H. Chan School of Public Health brings together dedicated experts from many disciplines to educate new generations of global health leaders and produce powerful ideas that improve the lives and health of people everywhere. As a community of leading scientists, educators, and students, we work together to take innovative ideas from the laboratory to people’s lives—not only making scientific breakthroughs, but also working to change individual behaviors, public policies, and health care practices. Each year, more than 400 faculty members at Harvard Chan School teach 1,000-plus full-time students from around the world and train thousands more through online and executive education courses. Founded in 1913 as the Harvard-MIT School of Health Officers, the School is recognized as America’s oldest professional training program in public health.

NPR's rigorous reporting and unsurpassed storytelling connect with millions of Americans everyday—on the air, online, and in person. NPR strives to create a more informed public—one challenged and invigorated by a deeper understanding and appreciation of events, ideas, and cultures. With a nationwide network of award-winning journalists and 17 international bureaus, NPR and its Member Stations are never far from where a story is unfolding. Listeners consider public radio an enriching and enlightening companion; they trust NPR as a daily source of unbiased independent news, and inspiring insights on life and the arts. Learn more at npr.org/about or by following NPR Extra on Facebook, Twitter and Instagram. A collection of research and perspectives on the effects of race and structural racism on health in the United States.