How Price Transparency Can Control the Cost of Health Care

Health care spending will total nearly 20 percent of the country’s gross domestic product (GDP) in the next five years. This snapshot delves into policies that may help curb the price of health care over time and make insurance and treatment more widely accessible.

Price Transparency as a Cost-Lowering Tool

Understanding the price of health care services can be confusing. Rates vary depending on where the service is provided, what kind of insurance the patient has, and other factors. It’s difficult, therefore, for patients to determine the amount they will pay for a given test or procedure. Many people are calling for greater price transparency in health care, where patients can clearly see the price of a treatment and determine how much they will pay out-of-pocket before receiving care.

Experts have long agreed that price transparency in the health care industry has a number of positive consequences. It is an important information gathering tool for consumers who want to compare prices so they can make more informed decisions about their health care. Most people in American want greater price transparency and would compare health care prices if given the option, according to Public Agenda.

However, price transparency does not only serve an educational purpose—it actually lowers the cost of health care. According to an article in Health Affairs, both price transparency and reference pricing—the cost consumers can anticipate paying for a given procedure or health service—have helped reduce costs in the long run. “The historical opacity of health care prices is widely believed to be a major factor inhibiting the more efficient functioning of the delivery system,” according to the Robert Wood Johnson Foundation. “Health economists and other experts are convinced that significant cost containment cannot occur without widespread and sustained transparency in provider prices.”

The average premium in America has increased by 69 percent in the past decade, according to the Kaiser Family Foundation. With premiums increasing, families have to make more educated purchasing decisions in the health marketplace to save money, especially those families with higher deductibles. But accurate price information is hard to come by considering the default price opacity in most states. The Healthcare Financial Management Association cites a recent report where the U.S. Government Accountability Office asked dozens of health care providers about their price for a knee replacement. The estimates given ranged from $33,000 to $101,000. This wide range in prices is difficult to account for, and without more comprehensive price transparency, consumers face a difficult time choosing the most cost-efficient option.

More than half of Americans say they have tried to find out about the price of health care before getting care, according to Public Agenda. And the ones who have found out about health care prices are looking for value. A majority believes that more expensive care does not equate to better care. This demonstrates the demand for transparency among consumers, and the recognition among consumers that price variation in health care is often an arbitrary divide that does not necessarily reflect quality of care.

All-Payer Claims Databases (APCDs), according to the Robert Wood Johnson Foundation, are online databases that comprehensively collect medical and pharmacy claims across the state to create a picture of price data. New Hampshire established an APCD in 2008, which gives its residents an opportunity to evaluate price differences across multiple settings and providers.  Recent improvements to New Hampshire’s system garnered it the only “A” rating in this year’s Catalyst for Payment Reform ranking. APCDs, however, have recently experienced a setback due to a Supreme Court ruling that states can no longer mandate insurers to submit claims data that is at odds with the softer requirements laid out in the 1974 Employee Retirement Income Security Act.

In addition to public APCDs, the Healthcare Financial Management Association highlights a number of other tools that can be used to increase price transparency. These include tools from the insurance company, like Member Payment Estimator by Aetna®, similar tools from hospital associations and provider organizations, as well as crowd sourced platforms like ClearHealthCosts. Price transparency tools can be both public and private, but in order to free up the data currently locked in by non-disclosure agreements and contractual limits, states must pass legislation that mandates increased price sharing across providers, hospital networks, physicians and consumers. Increased price transparency combined with reference pricing, the price consumers can expect to pay for services, has shown to put pressure on providers to lower their prices.

Many providers and insurance companies have succeeded in keeping health care prices opaque using non-disclosure agreements and restrictive gag clauses in contracts. Because of this, a majority of states have been unsuccessful in achieving greater price transparency to help consumers make educated choices about their health care. However, a greater push from local governments and advocacy groups for greater price transparency has led to establishing online databases and passing legislation that calls for greater disclosure from providers.

For more information or to be connected to a content expert:

Price transparency does not only serve an educational purpose—it actually lowers the cost of health care.

After the U.S. government passed the Patient Protection and Affordable Care Act (ACA) in 2010, millions of previously uninsured people became consumers in the health insurance market. Many of these consumers bought basic health care plans, which means that their new insurance would cover most but not all of their health care expenses. With such a plan, a patient could pay anywhere between $458 or $56,000 for an appendectomy, according to George Washington University.

This enormous price disparity for insured people under the ACA has sparked recent conversations about the importance of price transparency as a cost containment mechanism, as well as a valuable source of consumer information. 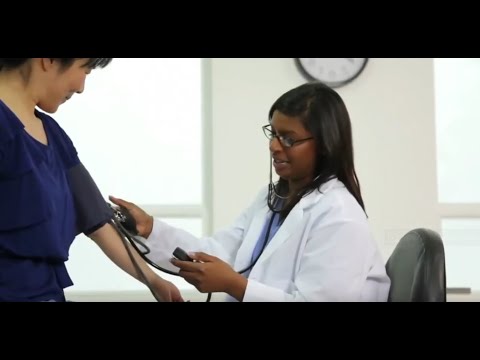 Play now
This video from RWJF's Aligning Forces for Quality program explores the importance of transparency in health care and the need for data on the real costs of health care services.