The federal government’s pilot program to fund graduate nurse education is showing signs of success at its midway point, according to Linda Aiken, one of the program’s architects. “The entire demonstration has been very successful,” she said at a January briefing on Capitol Hill sponsored by the Robert Wood Johnson Foundation (RWJF), AARP, and the Alliance for Health Reform.

In 2010, Congress authorized $200 million over four years to launch a demonstration program. Its principal aim is to increase nursing students’ access to clinical placements, which are in short supply. More placements are needed to increase the number of graduate students who can enroll in nursing programs, which will, in turn, help offset a shortage of primary care providers.

The program came at just the right time for Brittnee MacIntyre, a newly minted nurse practitioner (NP). While in school, she tried to find a placement site on her own, but was turned down by numerous providers. They cited a variety of reasons when rejecting her application, including time and financial constraints; burnout from training too many students; competition from other graduate students for a limited number of spots; and unfamiliarity with or negative bias toward NPs. “Frankly, training a student takes a great deal of time and attention and it adds to the burden of the existing patient care activities that are already rushed.”

The GNE project came through for MacIntyre and was able to match her with a “fantastic” site. She noted that it enabled her to acquire the hands-on clinical experience she needed to graduate.  “I’m tremendously thankful for the Medicare GNE Demonstration project, and I honestly don’t know how I would have found a clinical site without it,” she said. The project, she added, “will help integrate NPs into community clinics and ultimately help address the shortage of primary care providers.”

The first two years of data indicate success for the GNE project, according to Aiken, PhD, RN, FAAN, director of the Center for Health Outcomes and Policy Research at the University of Pennsylvania and a research manager supporting the Future of Nursing: Campaign for Action. The number of enrollments in graduate-level nursing programs has increased and the number of graduates has doubled across the five sites, she said. Philadelphia alone produced 703 advanced practice registered nurses (APRNs) in 2014, a 78-percent increase since the demonstration project started, Aiken said. “That’s a substantial increase in primary care.”

In addition, Aiken and her colleagues have met a target goal of placing at least 50 percent of nursing students in primary care training sites and have found that the cost of the program per nurse graduate “shows a favorable return on investment.”

The project has also begun to standardize the process of matching nursing students with clinical sites; facilitated partnerships between hospitals, nursing schools, and other organizations; and boosted opportunities for interprofessional education, Aiken said.

Moreover, it is having a positive influence on the medical education system, said Ed Salsberg, MPH, a research instructor at the George Washington University School of Nursing and founding director of the National Center for Health Workforce Analysis at the Health Resources and Services Administration. New clinical placements in primary care for graduate nursing students open up more opportunities for medical students in the same field, he said. The Graduate Medical Education (GME) program “could probably learn from the experience of the GNE,” he said. “It’s important to move beyond the GME model to new demonstrations and approaches.”

Watch a video of the briefing on the Future of Nursing: Campaign for Action website, below. 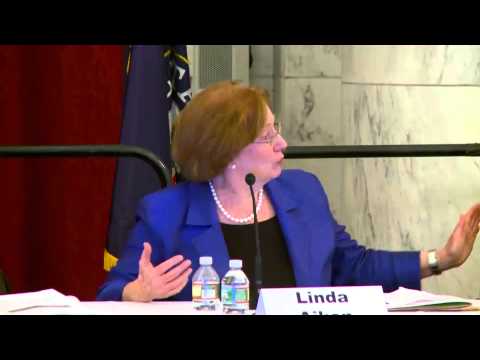