Why Ashoka is Investing in Children's Wellbeing

Why is the organization that coined the term “social entrepreneur” putting an emphasis on children's well-being? Because it's a critical step in fostering changemakers in our communities.

Did you know that a playground for elephants needs water, plants and rhino playmates? Or that ‘Frogtown,’ the Kermit-friendly analog, needs a rainforest canopy to enable sound sleep and protection for eggs? At least, that was the case during an empathy exercise at Ashoka’s “Bring Your Child to Work Day.”

Even at a young age, children understand the multiple facets of wellbeing: safety and physical fitness, but also emotional attachment. As caregivers for the imaginary animals that populated their cardboard playgrounds, our children wanted a culture of health. As a father to three little girls, I want that same thing.

But in the United States, we don’t often operate from a mindset of wellbeing—or rather, we’re preoccupied with a very limited definition of wellbeing. The individuals, communities, and societies that surround us tend to view wellbeing as only material or physical wellness. Is that playground really safe? How many children are visiting the hospital every year? How many are living outside of homes? This approach to wellbeing creates structures which are reactionary, deficit-oriented and focused on reducing the negative effects of physical harm. We can do better.

Fortunately, leading social entrepreneurs like Dr. Terrie Rose are on the case. Using her venture, Baby’s Space, to transform the norms of childcare in low income neighborhoods, Terrie is ensuring that young children are not only safe, but are also offered emotional stability and opportunities for attachment with their caregivers. Tomas Alvarez is another example. Through Beats Rhymes and Life, Tomas works with mental health workers to offer a hip-hop-based therapy alternative to kids that have felt marginalized by traditional services. 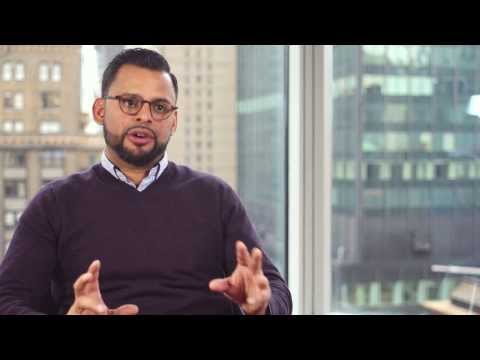 Terrie and Tomas are two stars in Ashoka’s global constellation of social entrepreneurs who are expanding the concept of wellbeing for kids. It’s not just physical wellness or even emotional security; as Tomas explains, it’s equipping kids with the tools, environments and relationships to cope, hope and thrive. In kid terms this means: Do I feel safe and loved? Do I trust others to care for me? Do I feel a sense of dignity, a sense of purpose? Once their own wellbeing is secured, kids can work to secure that for others and become powerful agents of change in their communities.

It might seem odd for the organization that coined the term “social entrepreneur” to put such an emphasis on children. Having elected more than 3,000 Ashoka Fellows over 30 years, we are keen to rapidly socialize and get everyone employing the skills social entrepreneurs bring to the table and we believe healthy kids are our best resource for changemaking in our communities. That brings us to the nexus of Ashoka’s work with that of the Robert Wood Johnson Foundation.

RWJF is working with others to build a national Culture of Health. That’s audacious stuff. It’s not just about investigating a particular model or scaling up an enterprise; it’s about creating an environment where research and practice can come together to create better health outcomes. It’s about experimentation and big-picture thinking. That’s the sort of sandbox in which Ashoka loves to play.

The Children’s Wellbeing Initiative, a joint project of RWJF and Ashoka, starts with the understanding that physical fitness and safety is not enough. A culture of health demands attention to emotional wellbeing: a sense of self, belonging and purpose—for all children.

Every child needs the building blocks of wellbeing. How do we get there?

Everyone—including you!—has a role to play in securing children’s wellbeing: parents, caregivers, pediatricians, teachers, social workers, entrepreneurs and of course, children themselves. Yet most often, sitting in different sectors, those most invested and able to nurture children’s sense of self, belonging and purpose aren’t talking to each other. And though they might all have the same goals in mind, they don’t necessarily communicate those goals using the same language.

Between now and October, Ashoka will straddle these divisions by developing a common refrain for Children’s Wellbeing—an evidenced-based vision and action plan that resonates across sectors. We’ll do this by engaging practitioners, researchers and thought leaders in what is effectively a six-month conversation carried out across three interconnected activities.

SURVEY AND ANALYSIS OF LEADING INTERVENTIONS

A CHALLENGE TO CONVENE AND IDENTIFY NEW APPROACHES

Pretty ambitious stuff, right? That’s why we’re so excited to be working with RWJF; the Foundation has deep connections in research and a network of thought leaders and institutions primed to lead that culture shift. Combine that with Ashoka’s network architecture, our systems-level orientation and our entrepreneurial quality, and you have a Children’s Wellbeing initiative with potentially catalytic effects.

That’s the sort of experiment we need. That’s the kind of playground our kids would expect. Who doesn’t need a rhino playmate?

Do you have a project that invests in the wellbeing of children? Learn more at Ashoka Changemakers.