Reaping the Rewards of the Culture of Health Prize

It's been a year since Brownsville, Texas, won the Culture of Health Prize for its engagement of leaders across sectors to improve local health outcomes. Here's what the community has been up to since.

Brownsville, Texas, had plenty to celebrate when it became one of six communities to win the Robert Wood Johnson Foundation’s Culture of Health Prize in June 2014. This predominantly Hispanic city along the U.S.-Mexico border is one of the poorest in the country. Seven in 10 residents are uninsured, 8 in 10 are overweight or obese, and 1 in 3 has diabetes. Yet the community’s efforts to improve health—including new bike trails, community gardens, and a successful bilingual public health education campaign—have earned it wide respect and national recognition, along with $25,000 that goes with the RWJF Culture of Health Prize.

City officials are still discussing how to use the prize money. One option is commissioning a piece of artwork that could be moved around to highlight various initiatives, such as the periodic CycloBia events that make some of the city’s streets car-free for a day so that residents can bike, run, or engage in other physical activity.

Yet the money’s significance pales in comparison to all else that has happened since Brownsville won the Prize. The award “has given us great visibility,” says Rose Zavaletta Gowen, a physician and Brownsville city commissioner who has led many of the municipality’s health improvement efforts. “We were working on our own, almost incognito, before, but winning the Prize has pushed us out into the open.” Consider what has happened since:

Those spearheading these new efforts say that Brownsville’s success in winning the RWJF Culture of Health Prize focused their attention on the unique local capacity to improve health. They say the critical engagement of city leaders like Gowen—and the cross-sector collaboration among areas such as health care, education, and business—are a major force multiplier in a region where other resources are scarce.

“It will forever be in their favor that they were recognized,” says Patricia Mejia, director of community engagement at Methodist Healthcare Ministries. “They are teaching us many things about creating a Culture of Health. They are one bright spot in a very tough location of the U.S. And they are able to say, if it can happen here, it can happen anywhere.” 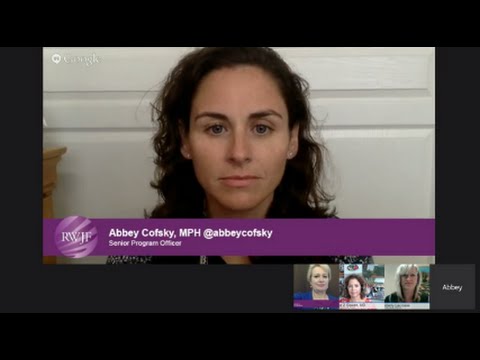 Play Video
A First Friday Google+Hangout on the RWJF Culture of Health Prize took place on Friday, August 7. Winners of the 2015 Prize will be announced on October 28, 2015.