Opening the Care Conversation through OpenNotes

More than 30 health systems have adopted the practice of sharing clinicians' notes with patients, making OpenNotes more than just a revolutionary idea but a movement in health care.

It’s a memory aid. It’s truth serum. Using it can transform relationships forever. These may sound like come-ons for the type of product typically hawked on late-night television. But in fact, they’re some of the things people are saying about OpenNotes.

OpenNotes isn’t a product, but an idea: That the notes doctors and other clinicians write about visits with patients should be available to the patients themselves. Although federal law gives patients that right, longstanding medical practice has been to reserve those visit notes for clinicians’ eyes only.

But Tom Delbanco and Jan Walker, a physician and nurse at Beth Israel Deaconess Medical Center in Boston, have long seen things differently. Their personal experiences with patients, and inability to access care records for their own family members, persuaded them that the traditional practice of “closed” visit notes had to change. So, with primary support from the Robert Wood Johnson Foundation, they launched what has now become a movement.

In 2010, Delbanco, Walker and colleagues led a study in which more than 100 primary care doctors from three health systems began sharing notes online with patients. Patients got secure messages prompting them that the notes were available, and reminders to read notes before their next appointments.

Many of the doctors who participated were nonetheless skeptical. They worried that patients would overwhelm them with questions, or that the process would result in longer visits. But the study’s results were overwhelmingly positive: Of roughly 5,000 patients who looked at a visit note and completed a survey, most reported that they felt more in control of their care, and that reading the notes made them more likely to take medication that their doctors prescribed. And for nearly all doctors, longer visits or the feared deluge of questions from patients didn’t materialize.

OpenNotes has since spread like wildfire: More than 30 health systems, collectively treating some 5 million patients, have adopted the practice. They include such preeminent systems as Mayo, Geisinger, Cleveland Clinic, the Veteran’s Health Administration, the University of Texas M.D. Anderson Cancer Center, and Kaiser Permanente Northwest.

The primary reason OpenNotes is catching on, Delbanco and Walker say, is that once notes are open, patients and clinicians discover that they really like it. Here’s why:

Cognitive aid: Reading and reflecting on visit notes can sharpen thinking for both clinicians and patients. “Doctors tell us that their patients come to visits better prepared,” says Walker. “They ask better questions. They’ve thought about the visit and they’re more ready for the conversation.” OpenNotes can also jog memories: At a recent foundation-sponsored conference on transparency in health care, one patient, Candice Wolk of Weston, Massachusetts, told how re-reading a note six weeks after a visit with her primary care doctor reminded her that the physician recommended she see a dermatologist about a growth on her back. She did, and the lesion was removed while still precancerous. “I’m indebted to OpenNotes for that,” Wolk said.

Transparency tool: Peter Elias, a primary care physician from Auburn, Maine, and OpenNotes adherent, described an “epiphany” he had the first time he wrote a visit note with the intention of letting the patient read it. “I realized that I had been writing a diary for 30 years,” he said—“a very personal, subjective [account of each visit], sometimes with very derogatory comments about the patient and what I thought should happen.” Opening his notes, he said, nudged him to be far more collaborative with patients, sharing more information and engaging them more, especially about sensitive matters like unhealthy behaviors or mental illness. “The openness of the note has made the visit more open,” Elias said. “It’s been transformative for me, [and] changed the way I practice medicine in a pretty fundamental way.”

OpenNotes has now entered a new phase, morphing into OurNotes, a program launched with support from the Commonwealth Fund. Now, patients will “not just passively read notes,” but can also comment on or contribute to them, Walker says. Five health systems, including Geisinger and Group Health, will build prototypes and test them. “We need to learn how to really engage patients through these notes,” Delbanco says. “The point is that they will hopefully join that conversation, and become better consumers of health care.” 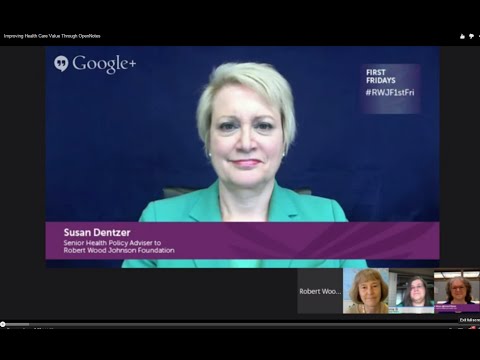