The 2015 Rankings and Philadelphia’s Power of ‘Brotherly Love’

Rather than taking poverty and its ravaging effects on health as a given, Philly leaders and citizens came together to usher in change that would make the city a healthier and better place to live for everyone.

If you want to understand the texture of a large city, drive from its downtown and make your way out to the suburbs. With few exceptions, you’ll encounter pockets of poverty transitioning into mixed income neighborhoods and, finally, wealth and privilege in the suburbs.

I have lived in Philadelphia—the nation’s 5th most-populous city and 21st most populous county—for most of my adult life, and that is her reality. As a former public health official, I can tell you that such income gradients have a profound impact on the health of our populations.

The 2015 County Health Rankings released today are unique in their ability to arm government agencies, health care providers, community organizations, business leaders, policymakers, and the public with local data that can be applied to strengthen communities and build a true Culture of Health.

The Rankings examine four types of factors that influence a county’s health: health behaviors, clinical care, social and economic, and physical environment. Among these factors, the interplay of income, education and housing are particularly important, and I have seen this up close during my many years in Philadelphia.

Though I was the city’s Deputy Mayor for Health and Opportunity, as well as Philadelphia’s Health Commissioner, I also saw firsthand how poverty impacted patients’ health during my 25 years as a pediatrician here.

In a case that still pains me today, a young mother sought treatment for her teenage son in my clinic. The child was suffering from sickle cell anemia, a rare heredity blood disorder that has many serious complications, some preventable and some that are treatable. Here’s the thing: This family didn’t receive regular care in my office because they couldn’t afford transportation to and from our clinic.  Something most Americans take for granted eluded this family, to the detriment of this young man’s health.

Imagine that mother’s pain knowing that she couldn’t help her suffering son.

It’s a wrenching story that plays out across the nation every day, and a powerful illustration of how income—or a lack thereof—touches most everything related to health.

Income provides economic resources that shape choices about housing, education, child care, food, medical care, and more. Wealth also helps cushion and protect us during times of economic distress, which is why those in poverty and even many middle-income families suffered during the Great Recession.

To put it succinctly—and the data back this up—on average, as income and wealth increase or decrease, so does health.

Poor families and individuals are most likely to live in unsafe neighborhoods, often with limited access to healthy foods, fewer employment options and schools that don’t measure up. Housing is also inadequate in many of these neighborhoods.

We added a new measure this year on income inequality to help us better understand the dynamics of these disparities. Though those with less income have fewer opportunities, the entire community suffers when inequality reigns. Social connections, or how we relate to one another, are frayed, and the sense of community is often lost.

The good news is that we know how to usher in change. The Roadmaps show what we can do to create healthier places to live, learn, work and play.

In Philadelphia, we knew that heart disease was ravaging the community. For African-American men in particular, the toll was devastating, and the disparity started early, fed by unhealthful food and cloaked by the stresses of everyday life. We knew that obesity, smoking and hypertension needed to be addressed. So we brought the community together and embarked upon an aggressive multiyear mission to change this trajectory. Some of the results:

Philadelphia is emblematic of the nation’s 10 largest cities, and as the poorest on that list, had an even more daunting challenges than some. But when the challenges are identified and a path is laid out, great things happen that can change—and even save—lives.

That’s the power and opportunity at the heart of today’s Rankings.

Live Discussion: Acting on What We’ve Learned from the County Health Rankings and Roadmaps

On Friday, April 3, the Foundation hosted a discussion focusing on the latest release of the County Health Rankings & Roadmaps (http://www.countyhealthrankings.org/). 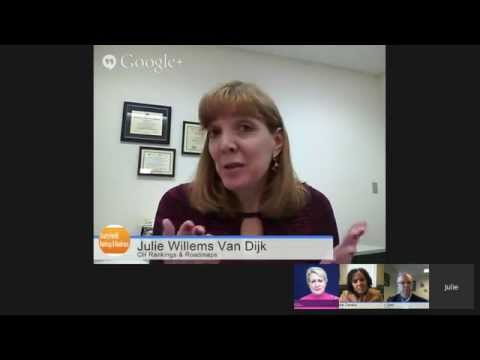 Former Deputy Mayor for Health and Opportunity and Health Commissioner for the City of Philadelphia Schwarz is now a director leading the Robert Wood Johnson Foundation’s efforts to catalyze demand for healthier people and the places in which we live, learn, work, and play. Read his full bio.