This week, NewPublicHealth will run a series on new and creative public health campaigns that aim to improve the health of communities across the country through the use of public service announcements, infographics and more. Stay tuned to learn more about a new campaign each day.

In an effort to reduce missed school days, theEnvironmental Protection Agency (EPA), in partnership with the Ad Council, has launched a campaign to teach parents how to prevent asthma attacks in kids by identifying common asthma triggers. The “No Attacks” campaign urges parents to learn how to control factors that make a child’s asthma worse, use asthma medicines effectively and recognize when to call the doctor.

Asthma affects nearly 9 million U.S. children, with poor and minority children suffering a greater burden from the disease. Asthma can be especially serious in kids because of their small airways. 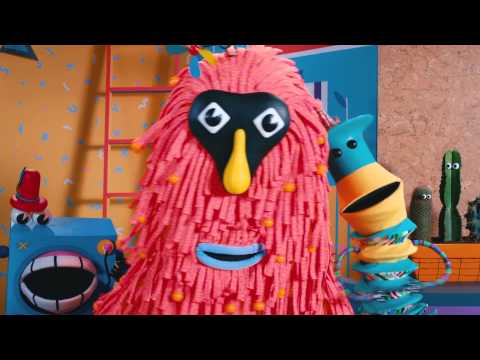 Through a series of Public Service Advertisements (PSAs) featuring a rock band of puppet characters called the “Breathe Easies,” the campaign includes online videos, radio spots and online banners (available in English and Spanish) with songs about asthma triggers at home, at school and outside. These entertaining messages inform viewers about how to prevent asthma attacks by cleaning up mold, vacuuming regularly and eliminating smoking at home; making sure their child’s school has a plan for controlling cockroaches and other pests, banning furry class pets and minimizing the use of chemical irritants in cleaning products, air fresheners and pesticides; and postponing outdoor sports and other high-energy activities to avoid exposure to high air pollution levels.

“Too many Americans, particularly children, minorities and people living in poverty, suffer from asthma, spending their time at doctor visits and hospitals instead of at school, work and play,” said Janet McCabe, acting assistant administrator for the EPA’s Office of Air and Radiation. “By working with the Ad Council and other partners in communities across the country, we can make a real difference in the lives of millions of Americans dealing with asthma.”

Asthma causes U.S. children to miss 14 million school days each year, which is especially worrisome because more frequent school absences are consistently linked with worse academic performance. The good news: “School absences due to asthma can be avoided by appropriate asthma management, including appropriate use of medications and reduced exposure to triggers,” noted a report from the U.S. Centers for Disease Control and Prevention. Since there’s no cure for asthma, preventing attacks—by reducing exposure to environmental triggers and using medications appropriately—is the primary focus of treatment.

The new PSAs stem from The Childhood Asthma Campaign, which was first launched by the EPA and the Ad Council in 2001. Since the debut of that campaign, the percentage of parents who feel they can make “a lot of difference” in preventing asthma attacks has risen from 49 percent to 67 percent, according to the Ad Council’s tracking surveys. The hope is that the new PSAs will improve that percentage even more.