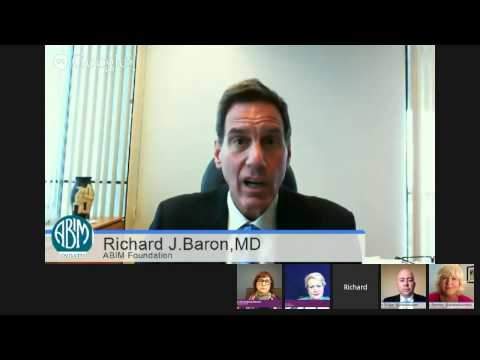 “If you study the kinds of decisions that people make, and the outcomes of those decisions, you’ll find that humanity doesn’t have a particularly impressive track record,” write the brothers Chip and Dan Heath in their masterful book Decisive. Invoking research from psychology and behavioral economics, the Heath brothers demonstrate how people often make decisions by looking at what’s in the “spotlight”—the information immediately before them, sparse as it may be.

But what’s in that spotlight “will rarely be everything we need to make a good decision,” the Heaths counsel. To choose wisely, we need to broaden our focus, or “shift the light.”

That’s especially true in health care, where the consequences of any decision, poorly made or not, may be life or death.

Enter Choosing Wisely, a program that shifts the spotlight onto many of the tests and treatments that both providers and patients should question, if not abandon completely.

(Editor's note: On May 2, 2014, RWJF held a First Friday Google+ Hangout to explore how Choosing Wiselysprang from critical examination of the overuse of medical care in the United States—and how it’s changing how care is delivered in communities. Watch an archived version of the Hangout, above.)

This two-year old campaign, launched in 2012 by the American Board of Internal Medicine Foundation, has identified more than 250 tests and procedures that warrant scrutiny because they are ineffective, unnecessary, unsupported by evidence, or possibly harmful. Even so, physicians and other clinicians perform them regularly, and patients sometimes request them.

Fifty-four of the nation’s premier medical specialty societies have joined the Choosing Wisely effort, and most of these have contributed to their own lists of questionable care. This week, three non-physician groups will also sign on to the campaign. Among the categories of dubious care identified on various societies’ “top five” lists are these:

The Robert Wood Johnson Foundation is supporting Choosing Wisely with a $2.5 million grant to extend the influence of these lists beyond medical specialty societies and into communities. State medical societies in Texas, Oregon, Minnesota, Tennessee, Washington, and Massachusetts have undertaken steps to promote the lists, including developing continuing medical education courses for doctors. So have ten regional health collaboratives, such as Maine Quality Counts and the Washington Health Alliance outside Seattle (both are among RWJF’s Aligning Forces For Quality communities as well).

Consumer Reports and AARP are among organizations that have taken the lead in publicizing the lists for consumers. All told, these efforts have reached an estimated 170,000 or more physicians and 16 million-plus consumers. There’s even a Wikipedia page for the campaign, with the lists of tests and procedures curated by a “Wikipedian” in residence.

Caveats: Although more than 200 articles have been written about aspects of the campaign in medical journals, there is as yet little hard evidence that is has reduced superfluous care. A recent perspective in the New England Journal of Medicine noted that the specialty societies’ lists “vary widely in terms of their potential impact on care and spending”—and suggests that some societies omitted lucrative elective procedures, such as knee replacement surgery, that also aren’t appropriate for many patients.

The bottom line: As a nation, we need to shine a spotlight on an even broader range of questionable health care in the future. But for now, the Choosing Wisely campaign is illuminating plenty of “care” that we can clearly pass up with impunity as we pursue our real objective:  better health.