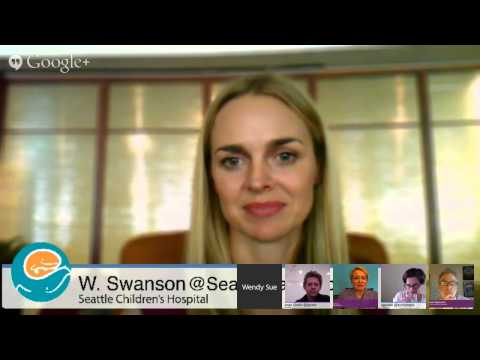 What’s to be done?

Some possibilities: Change the conventional encounters and prevailing dynamics between clinicians and patients. Embolden and empower patients with skills and knowledge to be actively engaged in their health and health care—not just when they’re in the doctor’s office, but during the rest of their busy lives. Make getting health care as convenient for patients as possible by ridding it of bureaucracy.

Flip the Clinic, in fact, is the name of an RWJF-funded initiative that has emerged from the Foundation’s Pioneer portfolio. Less a full-fledged program than a “conversation” in progress, as Foundation officials describe it, Flip the Clinic is an attempt to assemble a toolkit of technologies and strategies that can help achieve two key goals: First, to empower people to be more informed and engaged in their health and health care; and second, to enable doctors, nurses and other providers to improve the ways they communicate with patients and support them better during office visits and in between.

(An archived video presentation of a Google+ Hangout on the subject is above.)

According to RWJF Entrepreneur in Residence Thomas Goetz, Flip the Clinic drew much of its inspiration from Sal Khan, founder of Khan Academy—the not-for-profit organization that aims to offer “free world-class education” online, through an extensive library of videos and lectures as well as interactive challenges and assessments. As such, Khan Academy has sought to “flip” the classroom; instead of listening to lectures in the classroom and doing “homework” at home, students listen to lectures at home and do “homework” in class, where the teacher can help students who are having difficulty.  Students can also proceed at their own pace, mastering the material on their own schedule, not the teacher’s or the classroom’s.

As with Khan Academy, a transformed clinical encounter would make plenty of use of technology, particularly social media, says Wendy Sue Swanson. She’s a pediatrician, blogger and executive director of digital health at Seattle Children’s Hospital, where she’s helping to brainstorm such new approaches.

Imagine a digital suite of tools, says Swanson, that could allow a patient, first, to book an appointment online and indicate what problem or set of symptoms was causing concern.   Helpful background information pertinent to the problem would then be sent to the patient or family directly, even before the appointment. If one or more of the patient’s family members couldn’t be present for the actual visit, the doctor’s instructions, or even the whole exam, could be recorded on video and emailed to the family later. And in cases where the patient didn’t actually need to be examined in person, the whole encounter could even happen virtually, via Skype.

Similar approaches, such as e-visits or “virtual” visits, are already in place at some systems like Kaiser Permanente, notes Swanson. But they’re not spreading fast enough—in part because payers have been slow to reimburse for such innovations, and in part because health care providers are fretful about experimenting or haven’t been sufficiently tech-savvy. “I want to scream from the rooftops, ‘We live our lives on Twitter and Facebook’,” Swanson says.  “Why can’t we [as health care providers] say to our patients, ‘We will meet you where you are’?”

Meanwhile, patients are also brainstorming new ways to employ social media to transform their lives as patients. Natasha Gajewski is founder and creative director of Symple Health, an iPhone app that allows patients to keep track of their symptoms so they can report the details later to their doctors. She developed the app after being diagnosed with a rare autoimmune disease, and finding it difficult to record her symptoms in a journal because she couldn’t use her hands.

Gajewski says the app has helped her be a more engaged patient, and obtain health care better suited to her actual needs. For example, tracking her symptoms when she was on or off certain medications helped her persuade her doctor to pare back the number of drugs she was taking.

It also made her a more honest patient: Before tracking her symptoms with the app, she sometimes found herself understating them—partly because every time she mentioned another, her doctor ordered another test.

As Goetz and others try to learn more about “flipping” the clinic, they’ve developed a set of cards to be placed in hospital or clinic waiting rooms. The cards ask patients various questions, and carry phrases like those cited above; patients are asked to go through them and pick out the ones that resonate. Ultimately, the responses may help provide more cues about how clinical encounters could be improved or transformed.

Personally, here’s my candidate for a phrase that’s worth testing on a card:

"I’d feel a lot more comfortable if my doctor would take off the white coat.