The Links Between Education and Health: An Interview with Steven Woolf

A new policy brief and video released recently by the Virginia Commonwealth University (VCU) Center on Society and Health and the Robert Wood Johnson Foundation show that Americans without a high school diploma are living sicker, shorter lives than ever before, and the links between education and health matter more now than ever before.

While overall life expectancy has increased throughout the industrialized world, life expectancy for Americans is now decreasing for whites with fewer than 12 years of education—especially for white women. Additionally, lower rates of education tend to translate into much higher rates of disease and disability, and place greater strains on mental health.

“I don’t think most Americans know that children with less education are destined to live sicker and die sooner,” says Steven H. Woolf, MD, director of the VCU Center on Society and Health. “It should concern parents and it should concern policy leaders.”

NewPublicHealth recently spoke with Woolf about the new issue brief and video, and the critical need to look at the health impacts of education.

NewPublicHealth: How does the policy brief expand on what was already known about the connection between education and health?

Steven Woolf: We already knew that there was an important relationship between education and health, and that people with limited education have worse health outcomes. The focus now is on the fact that this disparity is getting wider, so the lack of a good education has more severe health consequences nowadays than it did in the past.

NPH: What accounts for the impact of education on health?

Woolf: Some people very superficially think that the reason people with an inadequate education have worse health outcomes is they didn't get a good health education in school, and they didn't learn that smoking was bad for your health, for example. Probably a much more important factor is what we call the “downstream” benefits of education. In a knowledge economy like we have these days, having a good education—a college education or an advanced degree—is very important for getting good jobs, jobs that have better benefits including health insurance coverage, and higher earnings that allow people to afford a healthier lifestyle and to live in healthier neighborhood.

It’s also important to understand “upstream” issues, factors before children ever reach school age, which may be important root causes for the relationship between education and health. Imagine a child growing up in a stressful environment. Those children may be more likely to develop unhealthy coping skills to deal with the stress, take up unhealthy teenage behaviors such as smoking or other unhealthy habits that often set up a life time of adult health problems. Or even get tied up with the wrong crowd, get involved with crime and find themselves at risk for violent injuries. They often also do poorly in school, so you end up with this correlation between education and health, but the root causes really are much more profound earlier in life.

NPH: What are some of the policy initiatives that are needed to help increase education in years and benefits for more Americans?

Woolf: The policy implications tie right back to what we were just discussing. If you take the comprehensive approach you realize that a policy strategy that’s focused on one piece of the puzzle is only going to be partially effective. Current efforts to make schools healthier places for students are obviously important and providing better education in schools about a healthy lifestyle obviously are important. But we also need to think about how to make college more affordable, how to deal with a high school dropout problem and how to improve the availability of good jobs and better economic conditions.

The current policy debate about how to create job opportunities and grow the economy is very much tied up in this relationship between education and health. But the upstream issues are also front and center. Early childhood education—and even before that, support for parental leave and early childhood interventions for couples that have infants or toddlers—have been shown to be extremely important in improving the health outcomes and put kids on a track for success both in terms of educational success and future job opportunities and a healthier trajectory for their future. So policymakers who say ”well, I'm all for education” but are cutting funding for these programs that have an impact in early childhood are perhaps missing the larger point.

NPH: What are the sweeping goals of the education initiative at VCU and who are you partnering with?

Woolf: Our goal is really to raise awareness about the connections between education and health. We have a problem of silos in which we deal with health issues on one committee and education issues on another committee and people don’t think about the interconnections between them. So we’re trying to reach out to people in the health policy world and say if you want to bend the cost curve and control rising rates of chronic disease and deal with the burdensome effect of health care costs on government and employers, don’t just think about reforms in health care delivery and financing, think also about education and other public policies that can reduce the flow of disease into the system and thereby more dramatically curtail health care costs.

Conversely, we're going to the education community, including national education organizations and education agencies at the national and state level who are out there trying to advocate for the importance of funding for education and education reforms, and are making their case based on traditional arguments: We want our kids to do better in school; we need to improve our math and science scores; and we need a more competitive work force. We want to add into the health argument that, in addition to all the above, our kids will end up living longer and actually being less sick, and therefore lessen demand on the health care system. We're talking to employers about how investments in education that they can encourage both in their communities and at a national level will benefit them in terms of a healthier, more-productive, better-trained workforce to compete internationally. We're not taking sides on any particular policy such as charter schools or funding for public schools—we're simply saying whatever your position, whatever side of the aisle you're on, realize that the choices you're making about education policy have health implications, and factor those into your decision-making process. 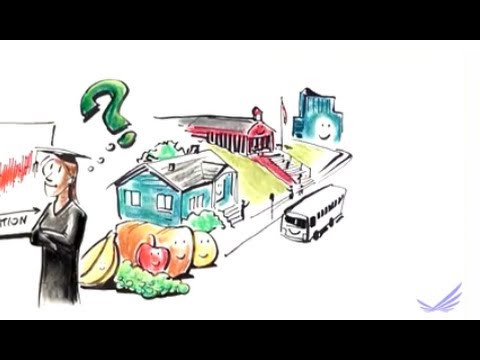 NPH: The new issue brief includes a video to explain the issues surrounding education and health. Why did you add that component?

Woolf: We are trying to use new media to disseminate our message, and we developed the white board video in hopes that it would both reach and engage a larger audience that doesn't read issue briefs or scientific articles.

We are planning a short, documentary-style video with our next release, in which community members from an inner-city neighborhood will discuss the connections between education and health from their perspective and in their own words.

We will continue to try alternative media to broaden outreach to target audiences and make the content more engaging.

NPH: What’s next for the initiative?

NPH: How does this work build on some of the work you've done previously in your career at VCU?

Woolf: This education health initiative is part of a larger body of work that we do at the Center on Society and Health that tries to raise awareness about the factors outside of health care that shape health outcomes—not just education but income, jobs, the economy, housing, neighborhood conditions and public policies that we make in our country. I come to this as a physician who spent the early part of my career focused on how to reform the delivery of health care and improve the effectiveness of clinical interventions to improve health outcomes. I came to this current work after realizing that as important as those quality of care improvements are, they only can achieve marginal impact on health outcomes and are very much eclipsed by these factors outside the clinic that have a much more dramatic impact on health outcomes. One example is diabetes, which is a disease that in the clinical setting we struggle to address through various treatment regimens. The difference in death rates from diabetes among middle-aged adults in the United States is three times higher if you haven’t graduated from high school than if you've had some college education. Three times higher; that’s a magnitude of effect that as doctors we can never achieve in the doctor’s office or hospital. There’s very little in our clinical armamentarium that can produce results like that. So I've come to realize that these public policies are hugely important and yet a bit frustrated that in our debates on health care reform we keep forgetting about them.