A new report about prescription drug abuse released today by Trust for America’s Health (TFAH), finds that few states are implementing more than just a few promising strategies that have been identified to help combat the widespread drug abuse that continues to increase across the U.S. The report, Prescription Drug Abuse: Strategies to Stop the Epidemic, which was funded by a grant from the Robert Wood Johnson Foundation, shows that only two states – New Mexico and Vermont – have implemented all ten strategies.

>>Watch a one-minute video on the scope of the prescription drug abuse epidemic in the United States. 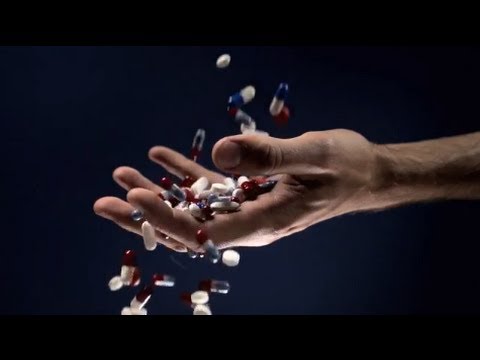 The report also found that the number of drug overdose deaths – a majority of which are from prescription drugs – has doubled in 29 states, tripled in ten states and quadrupled in four states since 1999.

“The rapid rise of abuse requires nothing short of a full-scale response – starting with prevention and education all the way through to expanding and modernizing treatment,” said Jeffrey Levi, PhD, executive director of TFAH. “There are many promising signs that we can turn this around – but it requires urgent action,” says Levi.

In the new report, TFAH, based on consultations with experts in public and clinical health, injury prevention, law enforcement and community organization, reviewed national recommendations and examined strategies currently in use to help curb the epidemic. Recommendations include expanding access to treatment options; ensuring responsible prescribing practices; and improving Prescription Drug Monitoring Programs.

>> Learn how your state scores on the 10 key steps to curb prescription drug abuse, with a new app from the Robert Wood Johnson Foundation.

Ohio is one of several states that have implemented six of the proven strategies recommended in the report and today, in fact, will introduce new prescriber guidelines.

NewPublicHealth spoke with Ted Wymyslo, MD, director of the Ohio Department of Health about that state’s review of drug abuse and recent efforts to reduce the epidemic through a variety of means, including public and provider education.

NewPublicHealth: Prescription drug abuse has been an issue for quite a while, but has only recently gotten significant attention. Why is that?

Dr. Wymyslo: What woke us all up in Ohio in 2007 was that we identified that this problem, unintentional drug overdose deaths, exceeded the number of motor vehicle accidents for the first time in our history. I think the rest of the country has seen the same thing. And of course the numbers have kept increasing. In Ohio, we had a 440 percent increase in deaths due to unintentional drug overdose between 2000 and 2011. And we started to take action because it was clear that it was a major, major threat to health in Ohio.

NPH: What have some of your key efforts included?

Dr. Wymyslo: Building on Dr. Montero’s ASTHO challenge from last year to integrate health and primary care, we went to prescribers all across the state, including doctors at emergency departments and urgent care centers and said, let’s discuss prescribing habits. And they told us they wanted to do just that because they felt they were targets for people looking for easy access to opioids and other controlled substances. So they helped define prescribing guidelines to be voluntarily used in all the emergency departments and urgent care centers throughout the state of Ohio.

We released those in March 2012 and they took off like wildfire. The hospital systems have adopted them as their own policies for their whole system and we now have consistent prescribing guidelines for prescription pain medications in emergency departments and urgent care centers across the state.

So we built on that and came up with prescriber guidelines for the rest of the clinicians in Ohio who prescribe opiates and other controlled substances. We’re kicking that off today, Monday October 7th, statewide.

We have an agreement with all the major medical associations involved in narcotic prescribing, which talks about a threshold for prescribing. We defined the upper level as an 80 mg morphine equivalent dose so if someone’s getting that level per day of morphine or an equivalent prescription pain medicine, the prescribing physician should have done very specific things with their patient by that point—including a pain agreement that both the doctor and patient sign; a discussion on what might be causing the pain; other methods of treating the pain other than prescription drugs; and a conversation on random drug testing. We want to see if someone got to 80 mg morphine equivalent dose in a way that was safe and appropriate.

NPH: What about public education?

Dr. Wymyslo: We have a new social marketing campaign going out to the public called Prescription for Prevention — Stop the Epidemic. It lets people know about the coalitions we’ve established and the public education and outreach we’ve done including TV and radio public service announcements, peer-to-peer programs in schools, and drug education at work. That’s our reach to our citizens to try to stop this epidemic by giving them good information. It has started in a number of Ohio counties and is spreading rapidly.

We’re also doing naloxone rollout across the state called Project DAWN — Deaths Avoided with Naloxone. Naloxone is an overdose reversal drug for someone who unintentionally overdoses. The drug gets sprayed in the nose and it reverses the effect of the opiate long enough for the patient to get to the emergency department for expanded treatment. We’ll have seven counties involved in that very shortly and we’re trying to spread that statewide.

NPH: What are you doing to help citizens with drug disposal?

Dr. Wymyslo: That’s a very important area. The Ohio Department of Health has drug disposal units around the state. Right now we have 66 drug drop boxes in 23 counties, so that people can anonymously drive up, drop drugs off and get rid of them in a safe and effective way. And then we destroy the drugs safely so that they don’t enter the water system and potentially harm humans and animals. We’re making this available to people across Ohio, in concert with law enforcement, all year long rather than having a drug drop-off day, targeting the counties where we have the highest rates of prescription drug misuse.

NPH: And prescription monitoring is also a key effort in Ohio?

Dr. Wymyslo: Yes, we’re enhancing our prescription monitoring program here so that we have a much better idea of what’s being prescribed, who it’s prescribed for, and who’s prescribing the medications so we can target those areas where prescription drugs are being put out into the community in high doses. The program is recognized as one of the best monitoring programs in the country.

NPH: Why is law enforcement such an important part of the effort?

Dr. Wymyslo: Ohio, like other states, has seen a huge bump in heroin use. Law enforcement officers are making many more arrests for heroin possession and we’re seeing many more deaths, unfortunately, from heroin use. So we’re glad to see law enforcement being more successful in their seizure efforts around the state.  Opiate seizures have gone up by 45 percent in one year, depressants by 56 percent, and hallucinogens by an incredible 455 percent in one year. And if you look at marijuana, it’s up 500 percent.

And what we’re doing is trying to intervene early. The intersecting of Interstates 70 and 75 in Ohio represents the crossroads of the Midwest so we’ve got a lot of traffic that goes through our state. Our highway patrol and our sheriff’s departments and others are heavily focused on trying to see if they can take advantage of the fact that we are a major thoroughfare for the purpose of seizures. Heroin has gone up because it only costs a fraction per milligram of what prescription drugs do and it’s readily available. You can get it on any street corner in any major city in Ohio with no trouble. So heroin is our big uptick.

Some people say, well, that’s because we’ve clamped down on our prescription drug mills. In Ohio we made it almost impossible for a prescription mill to be opened in the state because of all the regulations we’ve put in place. And because we clamped down on readily available uncontrolled prescription drugs, what’s happened instead is people have now switched over to the cheaper and more readily available heroin and are taking that to locations where pills used to be the problem.

On the other hand, remember that many people get their first taste of narcotic pain medications or opiates of any kind when they’re prescribed to them for legitimate pain. So that’s why we have created such a strong and encompassing effort to change prescribing and use patterns of those drugs. The goal and the hope is to decrease entry into that addiction to start with.

I’m looking up the pipeline of where it starts. Kids are pulling the drugs out of their parents’ medicine cabinets. They’re not starting on heroin. They move to heroin and other potentially lethal illegal drugs after they get hooked on legally prescribed drugs.