Delayed at Dallas Fort Worth Airport? Learn to Save a Life

Passengers at the Dallas Fort Worth Airport in Texas can now go from “killing time” to “savings lives” while they wait for their flights.

Since last month, a new, innovative kiosk not much bigger than an ATM machine and installed at the American Airlines terminal, lets travelers stop and learn the basics of CPR in just minutes using a chest model and an audio instructor. The CPR pilot project, which will be tested for six months, is a joint effort of the American Heart Association (AHA) and American Airlines, part of a plan by the AHA to train millions more lay people to perform CPR, and potentially saves tens of thousands of lives.

Now, a few minutes at the kiosk won’t get most bystanders up to the level of paramedics, but “any chest compression is better than none and can increase survival,” says Ahamed Idris, MD, a spokesman for the AHA and professor of Surgery and Internal Medicine at the University of Texas Southwestern Medical Center in Dallas. Dr. Idris helped develop the kiosk.

According to AHA, about 360,000 U.S. adults suffer cardiac arrest outside of hospitals each year, but only about 10 percent survive. Vastly increasing the number of citizens who can call for help and then start CPR on a victim could more than double that survival rate, says Dr. Idris. 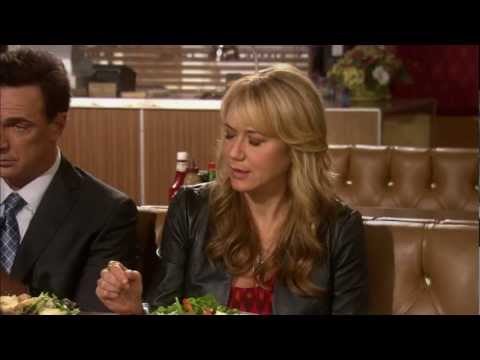 Play Video
Watch an AHA video that teaches the "Rules of Hands-Only CPR," with the cast of the sitcom Rules of Engagement

Until recently, learning CPR required a time commitment of four to five hours with a certified instructor and a combination of chest compressions and mouth to mouth resuscitation. But in the last few years new research has shown that hands-only CPR without blowing air into the victim’s mouth is very effective for adults (though both mouth to mouth and chest compressions are still recommended for infants and kids).  And, says Dr. Idris, researchers also found that CPR is a psychomotor skill rather than a cognitive skill, making it fairly easy for many to learn in minutes. Strategizing on how to bring CPR to the masses resulted in the kiosk pilot.

Kiosk users get a brief tutorial on how to do CPR, including a recommendation to do the compressions to the beat of the disco song “Stayin Alive” by the Bee Gees, which researchers found closely matches the best pace for performing effective CPR. Following the instruction, users get a practice session and a 30-second test during which two bars fill with color to indicate whether trainees are doing the compressions at the right pace and at the right depth.

“People are usually surprised to find out how hard they have to press down,” says Idris, who adds that “there is no bad CPR. Any chest compression is better than nothing.” In addition to teaching CPR, a critical goal of the kiosk is to teach more people to call 911 if they see someone who may have had a heart attack. “Unfortunately, people who think they don’t know how to help frequently don’t get involved at all. They just walk away. That’s even worse. Just calling 911 immediately doubles survival rates and doing any kind of chest compressions increases it more,” Idris emphasizes.

Success metrics of the kiosk will include whether survival after a cardiac arrest increases in the Dallas area during the time the kiosk is in residence at the airport. If the pilot has positive results, there may be more of the freestanding training kiosks headed to more public spaces such as libraries, cafes and even schools. Marilyn Sweet, CPR and First Aid director at the AHA, says the association already has had inquiries about the kiosk from both domestic and international airlines.

>>Bonus Info: Flying through DFW? The CPR kiosk is located in Terminal C, just outside American Airlines gate 7, accessible to arriving or departing passengers, and just a few minute’s walk from the other gates in that terminal.

And if you’re not headed to Texas anytime soon, videos from the American Heart Association teach the basics and the beat to “Stayin’ Alive” in just a few minutes.