We Will Not Let the Superbugs Win!

Every year some two million people develop infections while in U.S. hospitals and some 100,000 die from them. U.S. medical centers have been fighting these hospital-acquired infections for decades, yet the virulent bacterial stew that inhabits most medical centers remains stubbornly in place, and increasingly lethal.

Particularly scary is MRSA, a deadly staph infection that is resistant to most antibiotics. In 2002, a strain of MRSA was discovered that is even resistant to vancomycin, usually an antibiotic of last resort. The Robert Wood Johnson Foundation grantee Extending the Cure has found that the overall share of antibiotic-resistant bacteria increased by more than 30 percent between 1999 and 2010.

These so-called “superbugs” contribute to more deaths than AIDS, traffic accidents and flu combined, according to Extending the Cure. The often-frustrating effort to develop new antibiotics to combat these infections was highlighted in a front-page article in The New York Times on June 3, “Pressure Grows to Create Drugs for Superbugs.” The NYT story describes the U.S. Health and Human Services Dept’s agreement, announced in May, to pay as much as $200 million to drug maker GlaxoSmithkline over the next five years to develop medications to combat antibiotic resistance and biological agents that terrorists might use. As the NYT reports:

“We are facing a huge crisis worldwide not having an antibiotics pipeline,” said Dr. Janet Woodcock, director of the Center for Drug Evaluation and Research at the Food and Drug Administration. “It is bad now, and the infectious disease docs are frantic. But what is worse is the thought of where we will be five to 10 years from now.”

But new drugs are not the only weapon against MRSA. In a report published May 29 by the New England Journal of Medicine, researchers found that scrubbing down every intensive-care unit patient with germ-killing soap and ointment was substantially more effective in reducing MRSA and other infections than screening for the superbugs and then isolating those patients already infected. The study, sponsored in part by the Centers for Disease Control and Prevention, involved some 75,000 patients in 43 hospitals nationwide and an accompanying editorial recommended that it lead to changes in infection control.

Extending the Cure, based at the Center for Disease Dynamics, Economics & Policy, believes that while we can't beat the superbugs, we can slow them down by recognizing that antibiotics are a natural resource that must be used conservatively. By issuing regular research and commentary on topics such as health care-associated infections, trends in drug resistance, and the costs—both human and economic—posed by rising resistance rates, ETC is laying groundwork for the comprehensive solutions needed to combat this problem.

In fact, ETC just released this clever video suggesting ways to slow down the overuse of antibiotics by all of us. Check it out. 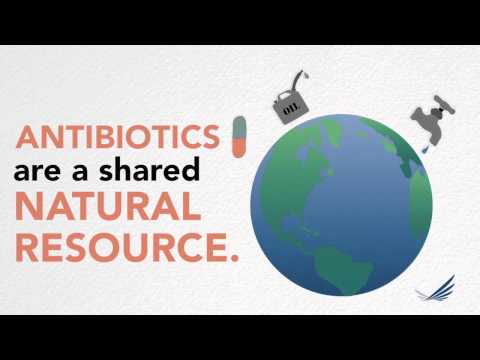