Hurricane Sandy devastated much of the East Coast last fall, with sea communities in New York and New Jersey such as Ocean County bearing a disproportionate share of the damage. In Ocean County alone, 40,000 buildings were damaged by the storm’s monstrous gusts and floodwaters and the county suffered nearly half the damage recorded throughout New Jersey, according to the Federal Emergency Management Agency. 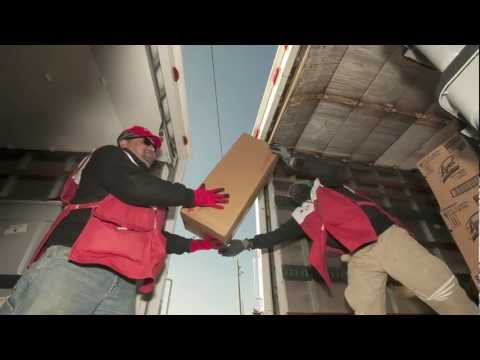 For more than a week after the storm ended, more than 250 employees of the public health department worked day and night to help the county’s 576,000 residents. The county provided medical needs sheltering for more than 1,000 residents, three times the number expected. And many shelters that housed displaced residents were also able to shelter their pets­–a critical need for many people who might not have evacuated otherwise.

This week at the annual Public Health Preparedness Summit hosted by the Centers for Disease Control and Prevention and the National Association of County and City Health Officials, the Ocean County Health Department will present a poster on response to and recovery from disaster. Follow NewPublicHealth coverage of the conference and other preparedness news.

In advance of the conference, NewPublicHealth spoke with Dan Regenye.

NewPublicHealth: How is your community doing?

Dan Regenye: I think it’s going to take a long time for total recovery to happen, and the reality is that it’s never going to be what it was. Some things will be better, some things will be worse. Our residents are dealing with their own personal issues and circumstances on a case-by-case basis. I think it’s the navigation part that’s so difficult for so many people between all the different agencies—local, state and federal—and private organizations. They need to look at FEMA (Federal Emergency Management Agency) maps and have to interact with insurers, contractors and others. It’s challenging.

NPH: What is the health department’s role in the recovery?

Dan Regenye: I think part of our role is really just trying to help the residents understand some of this, and help link them to the resources and organizations that are out there.

NPH: What were some of the county’s preparedness efforts before this last disaster hit?

Dan Regenye: In the decade or so before this hurricane hit, we had been very heavily involved in a lot of preparedness activities such as meetings and preparedness exercises. We’ve really engaged the local community in developing and modifying plans.

Every time there’s a disaster there’s a learning opportunity, as an organization and as a response system, including all the disciplines that are involved in the response process. We’re continuing to meet with organizations post-Sandy to regroup on what we’ve learned. I just met a hospital CEO this morning, I met with one last week as well, just to identify and fix things that have come up along the way.

NPH: What are the organizations and departments that you collaborated with during the response?

Dan Regenye: We coordinated with many county agencies from Human Services to the Board of Social Services, the Office of Emergency Management, Senior Services as well as a lot of non-profit groups and four acute care hospitals. We worked closely with law enforcement, as well as the Emergency Medical Services community for help on transport. And we actually worked very closely this time with the Humane Society to help set up shelters that would accept animals, and keep them open for people who couldn’t go home but had pets, and so were not able to apply for all available housing. That just gives you a small look at the coordination we were able to set in place.

NPH: Given what you’ve been through, do you feel that you are a model for other communities as they prepare, and perhaps face, disasters down the road?

Dan Regenye: I would think so. We can help other communities tick off the key issues they may confront. That’s so important. And we have learned from others. I knew during Hurricane Katrina, pets were a major issue so we took proactive steps in Ocean County to be able to make sure that if something ever hit us we were ready, and I think we did a pretty good job on that.

I also think looking there’s a tremendous opportunity to be able to look at how we handled a medical needs shelter during Hurricane Sandy because that’s not typically a public health role. Because it was new for us, we couldn’t do planning exercises nor engage all the players, but we could serve as a model for others now so they can plan.

NPH: Did many of your staff members also have crises at home they had to leave untended as they helped pull the community out of the disaster?

Dan Regenye: We definitely felt the impact. Most of the employees of the agency live within the community that we serve so there were some that were very heavily impacted. In fact, in after-action planning we focused on that because without your staff your response is nothing.

I remember a conversation with a staff member on the first evening of the storm and they suddenly had to hang up because a tree had fallen on their house.

Staff members deal with all that‘s going on and have to stay focused on their work, but in the back of their mind, they’re wondering ­– is my home safe? Are my children safe? What has happened to my extended family in the area? I really give a lot of credit to the staff because I think they did a phenomenal job in trying to balance that and I know how difficult it is. I have two young kids, ages five and seven, and I was out of the house more than I was in the first week, just coming home to sleep for a couple of hours and then coming back to work. My wife is a disaster volunteer and so was spending a lot of time in the shelters and the kids were bouncing around their grandparents and every so often would say: “Mommy, Daddy, when are we going to see you again?”

NPH: You activated a mobile health van soon after the hurricane hit. What services did it provide?

Dan Regenye: We actually took the van out to many sites throughout the community to offer free tetanus boosters to the first responders and people involved in some of the cleanup efforts, and we also offered free flu shots. The van also carried a health educator to help answer the workers’ and volunteers’ questions.

We had staff out at the FEMA disaster recovery center offering tetanus and flu shots as well, and we had little kits that we put together with a mask, and gloves and hand sanitizer as well as some literature and brochures on mold and recovery topics for residents and we stationed a public health nurse at disaster recovery sites as well.

We also had a mobile morgue, which thank goodness we didn’t need as a result of the hurricane, but we did find that because of the large scale and extensive power outages a lot of the funeral homes were without power so they needed a place to store some of the bodies that they had. So the morgue actually came in very handy during that time.

NPH: How are you better prepared now in the aftermath of the hurricane for the next disaster?

Dan Regenye: One of the key things looking back is trying to better define and better establish public health as a first responder in the community. I think that’s a relatively new role since the terrorist attacks of September 11, 2001, but it’s continuing to grow and I think as we’ve built capacity over the last decade and made a lot of headway in terms of establishing ourselves as a credible response organization and showing what we can bring to the table. But we also know that no single organization can meet the needs in a response independently. It really does need to be a concerted effort and a lot of times that’s challenging when you’re bringing together multiple organizations that are based on different cultures and policies and procedures and driving factors.

I think we’ve been very good as a convener in the past, which helped us tremendously during Sandy. It’s extremely important to meet the people in as many other organizations you might need to partner with as possible, prior to an event so when an event occurs you know who the key people are within the organizations and within your community.

We’ve done that and it has enabled us to identify deficiencies and move things up in priority order to be that much better and prepared next time.