To follow is an excerpt of a conversation with Monica Peek, a Robert Wood Johnson Foundation scholar and grantee, who presented at the American Public Health Association Annual Meeting about new research exploring the value of high quality doctor-patient relationships on health outcomes and cost of care.

As a little girl, Monica Peek often went to the doctor with her grandmother, Mae Reather Long. On those visits to the clinic, she recalls, “my grandmother, who had diabetes, hypertension and high cholesterol, would listen patiently to her doctor’s advice. He would advise her to ‘eat healthy.’  She would politely answer that she had been doing so, and that was that.” Her grandmother’s physician didn’t realize that “yes, I’m eating healthy” most likely meant vegetables prepared southern style—with smoked ham.  Or that Peek’s grandmother really wanted more time to discuss her medications and how to take them, but she was afraid to ask.

At a presentation at the October 2012 American Public Health Association (APHA) meeting, Peek, who is now an MD, MPH, and diabetes specialist, taught other health care providers how to avoid this type of disconnect with their patients and harness the tremendous power of culturally appropriate communication.  Peek’s research, along with her award-winning film on shared decision making between physician and patient and her ongoing work at the South Side diabetes project in Chicago, grew, in part, out of those early lessons learned by her grandmother’s side.

Peek and her colleagues have been investigating the behaviors that encourage share decision making since 2008, with a focus on African Americans, though Peek suggests her findings are also applicable to other ethnic or cultural groups struggling with diabetes. She found that while African American patients wanted to participate in SDM, they were much less likely to be asked by their physicians to engage in it than non-Hispanic Whites.

>>Read the full interview with Monica Peek.
>>Read reflections on APHA 2012 from an RWJF scholar.
>>Watch the award-winning film: Shared Decision Making: The Importance of being Actively Involved in Your Health Care. 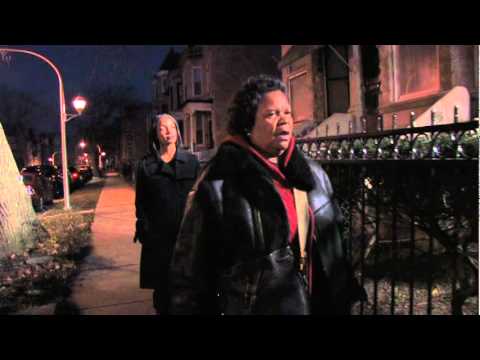