How do you get a public health message to stick? That’s the ultimate quest. And clever thinking is behind some recent campaigns including PSAs by “Glee” cast members to urge  teens to stop texting when they drive, and the “Tips From Former Smokers” series from the Centers for Disease Control and Prevention, which shows the potential ravages of smoking.

A novel and very memorable campaign by a Rotary Club in Brazil joins the list. As reported by The Atlantic Cities, the club was determined to help lower the country’s high pedestrian fatality rate and so engaged some local athletes to make absolute sure that pedestrians can safely cross the crosswalk, with no cars in the way.

The campaign, called “Respect Life, Respect the Crosswalk,” goes to new heights in pursuit of the public’s health. Watch the video to see how...

>>Read the full story from The Atlantic Cities. 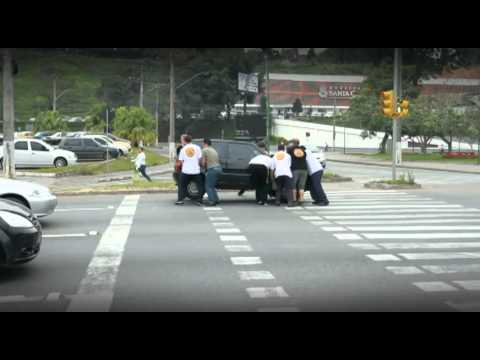